All You Need To Know About Ian Somerhalder: Facts, Bio, Net Worth, Lifestyle and Relationship 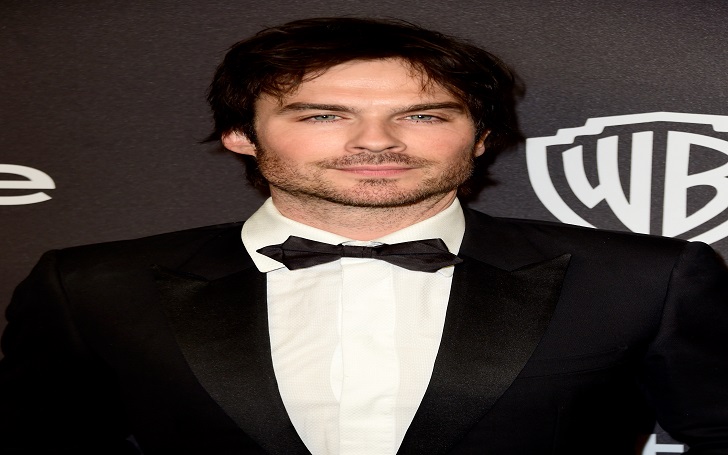 One cannot deny that The Vampire Diaries has one of the outstanding cast there could be, but on the other side, one can’t ignore that the actors and actresses have great talent, potential and most eminently they are all freaking hot and sexy! Let us shout out to one of the major players of the show, Ian Somerhalder, the inevitable part of the famous show which delivers the bad boy, vampire, sarcastic, Damon Salvatore.  To be honest, too many of them watching TVD every week is just an excuse to see his piercing blue eyes and fulminating good-looks. He is irresistible and invincible to all female fans across the globe.

Being one of the greatest animal lovers, he considers them as his kids. On December 8, 2010 (on his 32nd birthday), Ian co-founded the Ian Somerhalder Foundation (ISF), with the aim of educating and empowering people on how their actions can positively impact the planet we live in and its creatures. He indeed is a kind-hearted soul. Talking about the rumors, before Jamie Dornan got cast as Christian Grey, there were many talks about who would get the part and Ian was one of them. Apart from acting and modeling, Ian owns a pizza parlor with his siblings named McClain’s Pizzeria in Hailey.

The lifestyle of Ian Somerhalder

The news of Somerhalder dating his Vampire Diaries co-star Nina Dobrev from Sept. 2011 to May 2013 made some rounds. Then, he and Twilight star Nikki Reed dating rumors in early 2014 took the spotlight. But the gossip was not just a random story, but they did announce their engagement in February 2015, and immediately after their engagement they got wed in April 2015. There was this exciting news that they are expecting their first child together on May 4, 2017, but on July 25, they were blessed with a baby daughter and named her as Bodhi Soleil Reed Somerhalder. The heartthrob Ian loves horse riding, playing guitars and petting the cute little animals especially dogs and cats along with the numerous charities he also does supports the social causes like cancer, HIV/AIDS, animal cruelty and disaster relief programs. The dashing actor shares his desire of going to Mars, and sometimes he does miss his hometown Covington, Louisiana, where he could immerse himself in nature.

In 2017, Ian earned a million dollar salary leaving his net worth to be $4 million while some of the articles disclose his estimated overall net worth to be $ 8 million. There are no precise details of it though. He endorses the brands like Audi, Airstream, Azzaro, Chevrolet and much more. Talking about his house & property, he has a home in Santa Monica which values $6.4 million also he owns Q5 – car manufactured by Audi ($65.000).  He is friends with Katrina Bowden (celebrity) and also with his ex-Nina Dobrev. His father name is Robert Somerhalder, Edna Somerhalder is his mother and has two brothers Robert and Robyn Somerhalder.

Ian Somerhalder was born in December 1978 in Covington, Louisiana to the Edna, his mother a massage therapist, and Robert Somerhalder, father, an independent building contractor. He is the second of three children Robert and Robyn. He did his schooling from Mandeville High School, a public school in Mandeville, Louisiana. From ages 10 to 13 he worked as a model, and at the age of 17, he started acting.  Ian starred in the series Young Americans, in 2000, which was a Dawson’s Creek spin-off. In 2004, when he got cast as Boone Carlyle in the ABC hit Lost, that was his biggest break while in 2009, he got cast in the series The Vampire Diaries on CW. He is currently 38 years old and weight 71 kg and 1.77m (5 ft 9 inches) tall which pretty healthy and fit.