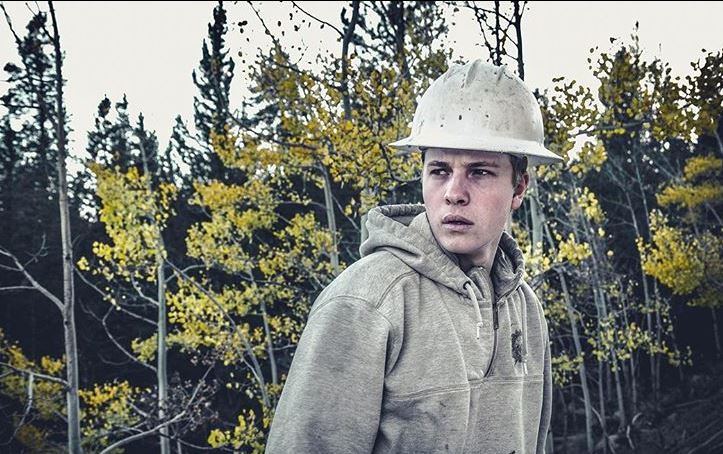 Some people have a dream to follow the path of their parents. Hunter Hoffman is among one of them who accompanies his father’s footprint and help in family business. He is famous for appearing in the Discovery Channel reality show Gold Rush along with his family. Hunter is the third generation of Hoffman’s family to appear on the show. Making his first appearance on the show in 2011, he became a regular cast in season six.

Read more: Everything You’d Like To Know About Gabe Brown Wiki Facts To Net Worth To Girlfriend!

According to Todd Hoffman, his 19-year-old son, Hunter is cuter than singer Justin Bieber. Who wouldn’t want to date such a charming and handsome guy? However, he seems to have found the love of his life already. But who is Hunter Hoffman girlfriend?

According to In Touch Weekly, Hunter Hoffman girlfriend is Bri Ramseth. As claimed by the post, the two attended prom together in 2015 and are dating each other since then.

Though the duo hasn’t officially confirmed their relationship, they are close to each other’s family as well. Bri spent quality time with Hunter and his parents at the Fairmont Chateau Lake Louise in December 2016. She even traveled to Colorado with him and enjoyed the place.

However, it seems like Hunter and his girlfriend, Bri, has now decided to keep their relationship low-key. Recently, neither of them has posted any pictures of them on social media. Must be, they are busy with their work schedules and focused on developing their career.

Hunter Hoffman’s father, Todd, and his family features in the Discovery Channel’s gold mining show Gold Rush. The show features a group of miners who try to strike gold in the highlands of Alaska. Hunter’s father, Todd initially expressed concern over his son.

Hunter made his Gold Rush debut in behind the scenes footage in 2011. Since then, he appeared in multiple episodes of the show but began to appear as a regular cast since the 2016 season. Hunter told that he joined the mining business after getting inspired by the stories of his grandpa whom he ‘freakin adores.’

Gold Mining is not easy, but the Hoffman team does not give up. Who's ready for season 8 ?! #nogutsnoglory @goldrushtv @discoverychannel @goldrushtodd

Hunter earns from his family business on the Discovery show. But what’s the figure of Hunter Hoffman net worth?

Hunter Hoffman was born in the year 1999 in the United States. His birthday falls on 4th March that makes his age 19. He belongs to white ethnicity and has a tall height that measures 5ft 8ins.

Hunter was born to parents Todd Hoffman and Shauna Hoffman. He also has a brother named Hudson. Hunter appears on Gold Rush together with his family and learns to mine from them.

Hunter grew up in Sandy, Oregon where his father owns an airport. He graduated from high school in 2016. He had no plans to attend college straight away. But, the thought did cross his mind after he visited a friend’s college. He has since expressed his desire to take a few classes.