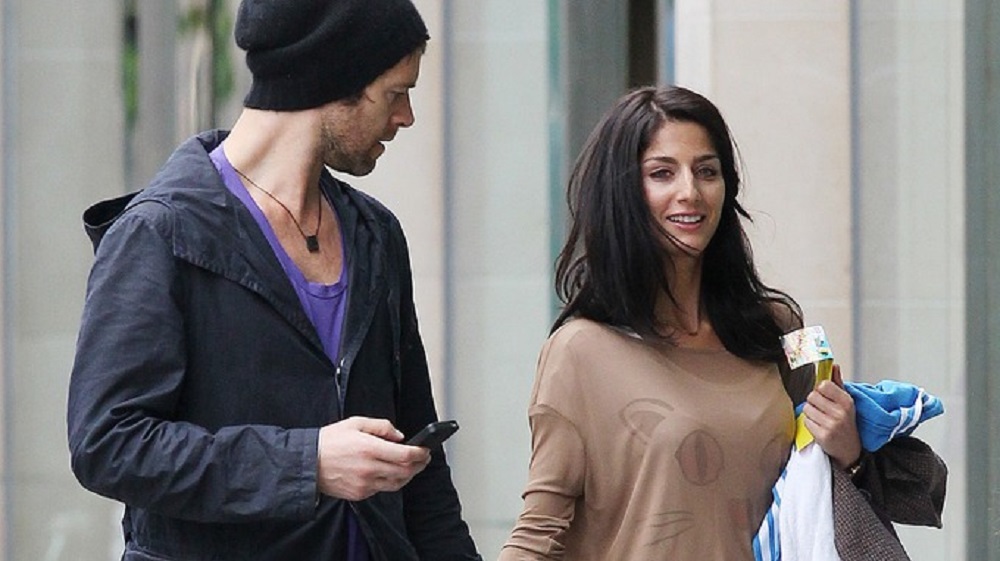 Howard Paul Donald or simply Howard Donald is an English singer, drummer, dancer, songwriter, DJ, and record producer. He is a member of a famous English pop-group “Take That.” You might have noticed him as a judge on one of the German reality talents shows “Got to Dance.”

Besides Howard Donald’s professional career, these days he is on the headlines for his way for celebrating England’s World Cup 2018 success. The singer was so much excited about the last night’s result against Colombia that he now announced to shave his anatomy (testicles).

On Wednesday, he tweeted “Did we really win on penalties last night??????!! I really hope it does come home”

Then he added: “If it does I will shave my balls live on @instagram. Even if we get to the semis.”

Scroll down to know more about Howard Donald’s personal as well as professional career. So, is the handsome hunk Howard Donald a married man or still dating? Know his Past Affairs and Relationships details alongside his children right below:

[UPDATED – Unfortunately, the result of World Cup 2018 did not turn out in England’s favor. They lost to Belgium by 2-0 for the third place.]

Howard Donald Married or Is Still Dating? What About His Children?

In the first place, Howard Donald has always been on the headlines for his on and off relationships and several link-ups. The blue-eyed six-foot-tall Howard Donald won millions of hearts but sorry ladies, he is off the market.

Well, Donald is a married man and seems to happily enjoying married life with his current wife, Katie Halil. Howard Donald married illustratorHalil back on 2 January 2015. A couple of sources claim that the pair first met on the set of the Christmas Marks & Spencer advert back in the year 2008.

Initially, the couple was close friends, and they started dating two years after their first meeting. After enjoying a dating relationship for over five years, Howard Donald married Katie Halil. As per sources, the couple tied the knot on a secret wedding ceremony. Only their close friends and relatives got a chance to attend their special day.

At the moment, it’s been over three years that Howard Donald married Halil and the couple is living a healthy married life. As a matter of fact, Donald once revealed that his wife is the perfect one for him and he feels blessed to have her in his life.

Talking about Howard Donald’s children, he shares two children with wife Halil. Just after a year of marriage, Halil gave birth to their first child, Bowie in January 2016. And just after ten months of welcoming the first child, Donald revealed that he was becoming a dad again.

Hello Dougie Bear Donald! He's here and he's beautiful! He arrived yesterday morning and we are over the Pluto. X

Well it actually snowed in london! Roads covered in snow and Londoners have no idea what this white stuff is?!! #beastfromtheeast

That said, who was Howard in a relationship with in the past? So, did he marry any woman before tying the knot with his current wife? Get answers to these questions below.

Howard Donald’s Past Affairs and Relationships

As mentioned above, Donald has two daughters from his previous relationships. His daughter, Grace Donald was born in June 1988. He welcomed daughter Grace with Victoria Piddington.

Likewise, he welcomed his second daughter, Lola Donald in February 2005 with Marie-Christine Musswessels. For your information; Donald is the father of four children in total.

Bowie down with the TT #neverforget #bestsingerintheworldnot

Back in April 2010, there were headlines that Donald gained a super-injunction against his former girlfriend Adakini Ntuli. Adakini Ntuli and Howard Donald were in an on and off relationship for eight years from 2000 to 2008.

After his former girlfriend Adakini Ntuli engaged with publicist Max Clifford and started the negotiations with the News of the World, he obtained the super-injunction.