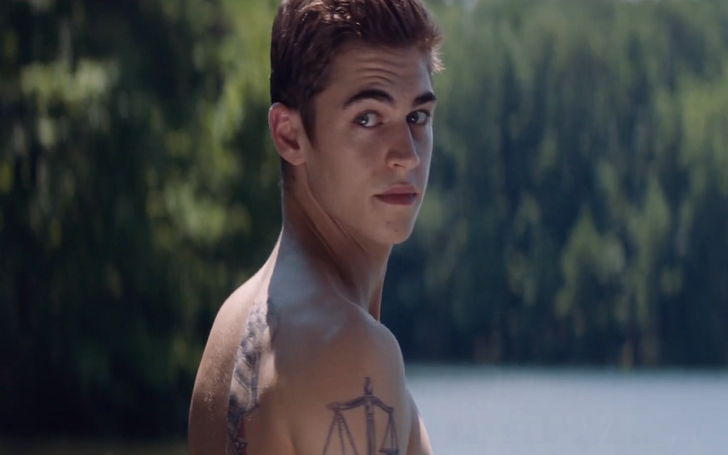 Author Anna Todd could not be more content when she found her fictional creation, Hardin Scott in the young rising handsome man, Hero Fiennes-Tiffin, the actor of the teenage romance flick, After.

Most of the teenage fans usually recognize Hero Tiffin as the lead cast of the movie, After, based on the best selling book of the same title by Todd. However, not every one of his fan knows this that Hero actually started his acting career as a child artist at the age of just eight. As a matter of fact, Tiffin is the one who portrayed the young version of Lord Voldemort in the Harry Potter film. Scroll through to learn more interesting knowledge about the handsome Hero Fiennes-Tiffin.

Who is Hero Fiennes-Tiffin?

Born on 6th November 1997, in London England to Awards winning filmmakers mother; Martha Fiennes and father George Tiffin, Hero Beauregard Faulkner Fiennes-Tiffin is an actor and model by profession and someone who keeps stealing thousands of young girls’ hearts with his great looks.

Growing up with his siblings, a younger sister; Mercy Fiennes Tiffin, an actress, an older brother; Titan Nathaniel Fiennes-Tiffin and in pretty much the atmosphere of his family including his parents and uncles involved in the film industry, it can be comprehensible how Hero developed his interests in the same business line.

Besides, Hero attended the Emanuel School in London where he made most of his friends he still keeps in contact with despite all the major changes fame brought into his life. Speaking of his aim to become an actor, Hero once mentioned in an old interview that his friends would often tease him about it. The jokes on his friends though because this lad has come a long way.

How did it all begin for Hero Fiennes Tiffin?

Being born to a family involved in the entertainment industry, Hero Tiffin began acting at the age of just eight through his debut in Bigga Than Ben where he played the role of Spartak. Likewise in 2011, Tiffin auditioned and ultimately landed for the part of the young Lord Voldemort, played by his uncle Ralph Fiennes, for the Harry Potter and the Half-Blood Prince.’

Although the film audience complained Hero got the role because of his connections, film director David Yates insisted it was because of his quality they found suitable to play the young Voldemort.

Later on, it was a jackpot for Hero Tiffin as he succeded to make his face more familiar among the film and television audience in the UK considering that he appeared in series and films such as Private Peaceful, Possession With Intent To Supply, Safe, Cleaning Up, and more.

Also see: Who is Namrata Puri?

Besides, Hero is also a model signed to the modeling agency, Storm Models and has walked for top fashion brands such as Dolce & Gabbana, Salvatore Ferragamo, and even featured in the ERDEM X H&M The Secret Life of Flowers, a campaign video for ERDEM x H&M.

For the young man, however, it was the role of Hardin Scott, a lead character in the Wattpad’s billions time read Harry Styles fan fiction turned movie, written by Anna Todd, that brought him the most fame and name to his career journey.

Hero Tiffin appeared in the film alongside her co-star and the sister of Katherine Langford, Josephine Langford who played the role of Tessa Young.

In 2019, Hero Tiffin made his appearance in a black suit at the Met Gala for the first time marking his debut at the biggest fashion festival for celebrities.

Is Hero Fiennes-Tiffin dating anyone?

Luckily for the fans of Hero Tiffin, this young man is not dating anyone at the moment (as of 2019). As a matter of fact, he once mentioned in an interview that he has not ‘had a girl who he would call his girlfriend’ implying that he has never been in a relationship.

The After fanbase, however, dreams and fantasizes that they would love to see their crush and his co-star Langford becoming a real thing because of their both onscreen and offscreen chemistry they noticed in the interviews.

What is Hero Fiennes-Tiffin’s Net Worth?

Besides, Hero Tiffin’s film After which was a super hit grossed a box office number of $69.5 million against its budget of $14 million.

The born to be a model and actor, Hero Fiennes-Tiffin stands tall and lean at a height of 6 feet 2 inches with a weight of 82 kg. The gorgeous brunette man is blessed with a pair of blue captivating eyes.

Where was Hero Fiennes-Tiffin born?

What is the nationality of Hero Fiennes-Tiffin?

Which ethnicity does Hero Fiennes-Tiffin belong to?

Who is the father of Hero Fiennes-Tiffin?

How tall is Hero Fiennes-Tiffin?

What is the profession of Hero Fiennes-Tiffin?