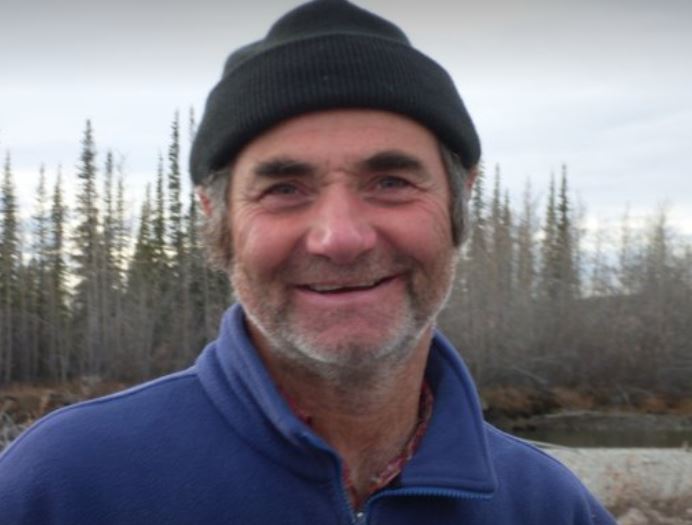 Heimo Korth lives an extreme life and takes the tragedy as a source of inspiration. He lost his first daughter in a river accident when she was just aged two. But instead of living a civilized life after that, he got even more desperate to make a living out of nothing.

Heimo is not deprived of support though; he has his ladylove, his wife, Edna Korth who is sharing his lifelong journey of wilderness and matching every step.

He and his family came to light when James Cambell released a book, The Final Frontiersman which was mainly about Heimo and his family and how they lived alone in the Alaskan Arctic Wilderness.

So, let’s explore more about Heimo Korth’s married life with his wife and children.

Heimo Korth met his wife, Edna Korth for the first time in Yupik, a whaling village in St. Lawrence Island, where he came to learn how to hunt with the Eskimos. The duo fell in love at first sight because of her beauty and Mongolian eyes and got married to each other.

Posted by The Heimo Korth Fan Club on Thursday, December 1, 2016

The duo recently celebrated their 36th anniversary on Edna’s birthday this year. She had a daughter, Millie from her first marriage. Her daughter lived with her mother, Edna, and stepdad, Heimo Korth.

Heimo welcomed his first baby, a daughter Coleen Ann Korth on 29th of May, 1982. Coleen and Millie have other two younger sisters, Rhonda and Krin. The family enjoyed living in the wilderness taking the life challenges together as a family.

However, Heimo Korth and his wife had short-lived happiness. But, what exactly happened to his family?

The couple, Heimo Korth and Edna Korth, is parents to their four daughters, Coleen, Millie, Rhonda, and Krin. In fact, they named Coleen Ann Korth after the Coleen River.

But five days after the second birthday of Coleen, the infant was the victim of a canoeing accident in 3rd June 1984 where she lost her life and more painfully, her body was never recovered.

That incident made an ever-lasting impact on the couple, and they decided to raise their three daughters out of the wilderness. Now fully grown up daughters occasionally visit the Last Alaskan and share a few weeks with them.

Happy Father's Day to all the dad's out there!

Heimo Korth was born in the year 1955 in the United States of America. His birthday falls on 17th April, which makes his age 63. He belongs to white ethnicity. Korth has a tall height with decent body shape. His parents, Erich Korth and Irene Korth raised him in America.

Heimo resides in Wisconsin, and from his early age he is living a life in extreme condition and became a mountain man in Alaska. He is an American outdoorsman.

Heimo Korth along with his wife, Edna Korth is the only permanent residents of the Arctic National Wildlife Refuge. They live along the Coleen River, just south of the Brooks Range, and move between the cabins seasonally.

Heimo’s parents’ name and his early life are still not disclosed.

Heimo Korth’ Books and His Net worth

Heimo Korth and his wife’s lifestyle came to the public attention with James Campbell‘s 2004 book The Final Frontiersman: Heimo Korth and His Family in Alaska’s Arctic Wilderness. The book costs $12.99 in Kindle and $15.30 in Paperback.

In 2015, Heimo along with his wife and children and four other families featured on the Discovery Channel‘s The Last Alaskans.

Heimo lives in wilderness miles away from the nearest neighbors and has collected a vast net worth through starring in documentaries.