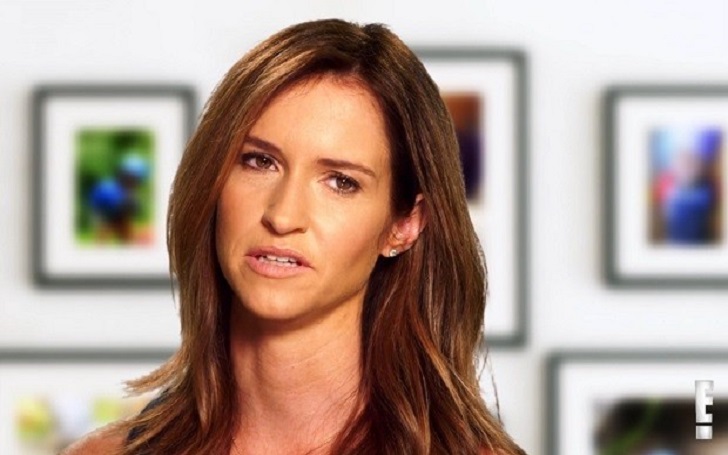 Heidi Rhoades is frequently coming into the spotlight after her engagement to a famous personality. She received a proposal from her lesbian partner in the sweetest way possible. No one could have said no to such a heartwarming proposal.

Many people are curious to know about Heidi Rhoades as she isn’t as famous as her lesbian partner. Find all about her engagement along with her personal life in today’s update.

Heidi Rhoades: Engaged To Her Long Time Partner, Soon To Tie The Knot!

Heidi Rhoades is engaged to her long-term girlfriend, Jillian Michaels. She started dating Jillian from the year 2009 when their mutual friend introduced them to each other. They have a perfect relationship for a long time, and soon they are planning to tie the knot.

Jillian proposed Heidi in 2016 by presenting a beautiful video clip that featured photos of the couple and past adventures they’ve shared together. She then asked “The question” to Heidi at the end of the footage on their movie night.

Jillian added in a voiceover:

Heidi is the perfect person for me. The only place where there’s like a solace … a safe haven is with my family. And Heidi is the nucleus of that family. She’s the glue that really holds everything together, and I think without that, I would be lost

We are so lucky to witness the proposal through Jillian’s hit E! online series called “Just Jillian.” Let’s have a look at the video:

Caption: Jillian Michaels proposed Heidi Rhoades at a movie theater with the couple’s family and friends in attendance, 8 March 2016.

Jillian Michaels and Heidi Rhoades have called off their engagement. After 9 years of their dating relationship, the duo announced their separation through their Instagram. The duo also revealed that they were better off as friends rather than living together.

The couple is parenting two children together. Heidi and her lesbian partner Jillian have adopted a daughter, Lukensia from Haiti in the same week Heidi gave birth to a beautiful baby boy, Phoenix on 3rd May 2012. They both are happy and over the moon with such loving kids to nurture. The nuptials love their kids a lot and enjoy their days playing and taking care of them. They make strong parents to the children and have inspired many women to raise their kids which can be seen on Heidi’s Twitter:

@JillianMichaels @Tharealmouse women who have inspired me to live to better myself & it is okay to raise kids to be strong! #WomensMarch pic.twitter.com/UTsLoda2sj

We hope the couple will marry soon and we get a chance to witness their wedding ceremony as well.

A Quick Glance on Short Wiki-Like Bio of Heidi Rhoades:

Heidi Rhoades is a TV actor born in 1982 in the United States. She attended Pennsylvania State University at the age of sixteen from 1998 to 2002 and graduated with a marketing degree.

Heidi also completed the YogaWorks Teacher Training with Rachael Simmons and John Gaydos. She ended her career as a music manager which allowed her to work with people including Chantal Kreviazuk. Heidi is now a yoga instructor and a TV actor.