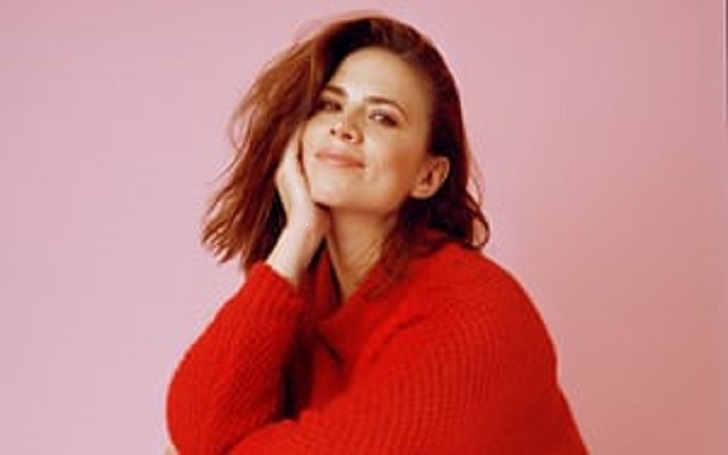 Hayley Atwell is best known for the role of Angela Stark in a dramatic thriller film Cassandra’s Dream. She is also well recognized for her mesmerizing preformation in various movies and television series in for the Marvel Cinematic Universe, including the ABC action-adventure series Agent Carter.

At a young age, Hayley Atwell started her career in theatre. At the age of 11, she had a memorable trip to see Ralph Fiennes playing Hamlet. Hayley began her career on BBC television productions.

Moreover, her first big break came in the television miniseries named The Line of Beauty in 2006. She got her first debut film role in How About You in 2007.

Discover: Does Sarah Shahi And Husband Have A Blissful Married Life Or Is She Having An Affair? Know Her Wiki And Net Worth In Detail

Atwell has also worked in television shows which and among them some are Agent Carter, Likes of Restless, Avengers, Conviction, Secret Wars, The Prisoner, and many more. Hayley Atwell has earned fame in the world of video games such as Lego Marvel’s Avengers and Captain America: Super Soldier.

Check out the interview of Hayley Atwell on TBS

Hayley Atwell Net Worth And Salary

As a popular actress, Hayley Atwell has been listed in a massive earner personality. With her successful career, Hayley is currently enjoying the net worth of $3 million as per Celebrity Net Worth.

@townandcountryuk …hanging out with a right pair of donkeys. ❤️ @richardphibbs

Moreover, Hayley worked in several hit movies and TV series from where she surely makes an amazing net worth and salary. As per several sources, a TV star makes an average salary between $150k to $1 million.

Hayley Atwell is currently single, but she was in a relationship with several celebrities. She dated her ex-boyfriend Paul Wilson, the bass guitarist.

They dated each other since 2012, and then they called off their love life and relationship. Previously, she also dated a writer, Gabriel Bisset-Smith.

Moreover, the couple met for the first time at Guildhall School of Music and Drama and eventually started dating. But the relationship did not last long and broke up soon.

She expressed about the relationship saying,

”We were friends for seven years before we started a relationship and now we’re friends again. I didn’t plan that at all – I’m not some amazing ex-girlfriend at all.”

Besides, Atwell is not married yet and is single in the present days.

Hayley Atwell is born on April 5, 1982, in England, UK. Her birth name is Hayley Elizabeth Atwell and her height is 5 feet 7 inch.

Atwell nationality is Irish and holds American citizenship as well. Her parents are Alison and Grant Atwell.

Similarly, her mother is of English nationality, and her father is American. She did her schooling in Sion-Manning Roman Catholic Girl’s School located in West London.

Furthermore, she did her A-levels at the London Oratory School. Hayley took two years out of her education, traveling with her father and working as a casting director. In 2005, she graduated with a degree in Acting from the Guildhall School of Music and Drama.

Hayley Atwell is active on her social media. When it comes to her Instagram, her Instagram name is wellhayley.