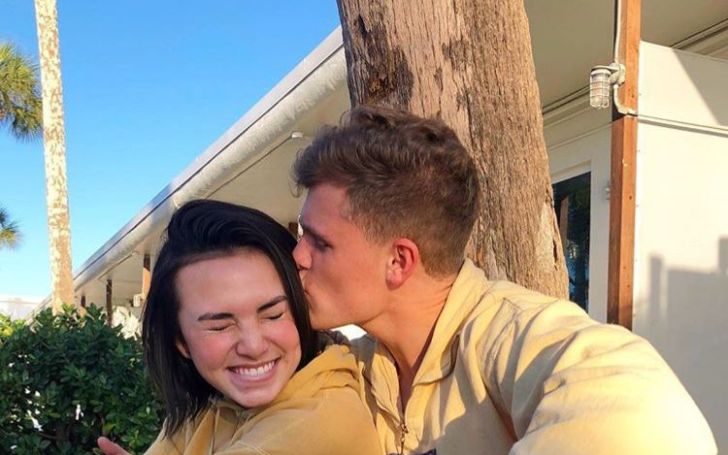 Haley Pham is an American YouTuber and a rising star on Instagram. She has gained a lot of popularity from her YouTube career. Currently, she has over 2.32 million subscribers on her channel. Many are wondering about the star’s boyfriends, who is she dating now?

She has been making videos and several vlogs about beauty tips and makeup products for a long time. At last, she also has set an example of continuous hard work and determination.

Besides, the Christian devouts, Haley is also notable for her famous relationship with her long-term boyfriend turned fiance, Ryan Trahan. So, today let’s get to know about Haley Pham’s boyfriends, relationship status, dating history, and other more info.

Haley was in a relationship with YouTuber Ryan Trahan for some time. Ryan is also a vlogger with more than 2.64 million subscribers on his channel. It only feels like yesterday Haley Pham began dating blogger Ryan Trahan who quit college to focus on his career as an influencer and to spend more of his time with his lady.

But, not long after the couple’s video of sharing how they met and other fun stuff, Haley and Ryan are engaged in front of our eyes. Well, Ryan got down on his knees to ask for Haley’s hand in marriage in front of a sunset.

Of course, Haley said yes and made sure to share the news on Instagram including her enormous diamond engagement ring. Haley is only nineteen whilst her boyfriend turned fiance is 21.

Both Haley Pham and her soon to be husband, Ryan Trahan hail from Texas. The duo, however, didn’t meet until Pham moved into Trahan’s neighborhood in 2018. Being neighbors and having the same career, they fell in love eventually. And now, they are happy with each other waiting to get married.

The Snippet of Couple kissing each other
Image Source: Instagram

Their early love story was a bit tough though as Ryan had moved into Florida to pursue his college degree. And, for several months, Haley and Ryan were in a long-distance relationship. But, it was all worth it in the end when they share true feelings and love.

After Ryan’s return to Texas, the love birds moved into their new home too. Other than that, both Haley and Ryan have also shared with their fans they would have an intimate relationship until their marriage.

Previous Affairs of the YouTuber

Talking about Haley Pham’s boyfriends from the past, there are none as of Dating Celebs. Haley Pham is just a 20-year-old who has been with Ryan for more than a year and a half. Before Ryan, the YouTuber was focused on her career rather than any relationship. Thus, most probably, Ryan will be the first and last boyfriend of the Instagram star, Haley.