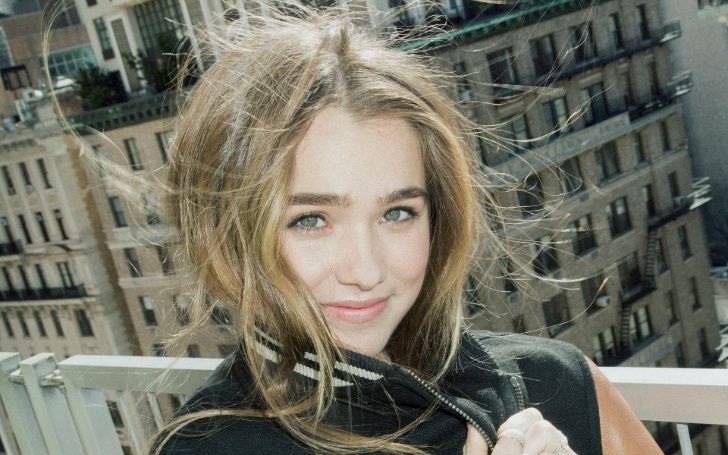 Haley Lu Richardson is an American actress. She rose to fame after portraying the role of Tess Hamilton on the ABC Family series ‘Ravenswood’.

Haley Lu Richardson was born to father Forrest Lu Richardson and mother Valerie M. Richardson on March 7, 1995, in Phoenix, AZ. She spends her childhood in her hometown with her family. She later moved to Hollywood, California to pursue her acting career.

And talking about her education status, Arcadia High School. During her high school days, she used to participate in several theatre and dance competitions. Some online sources say that before attending high school she had joined Villa Montessori.

If you are wondering about Haley Lu Richardson’s relationship status, then she is very secretive when it comes to her love life. In 2018, surprisingly, she announced through the social media platforms that she is engaged to Brett Dier, a Canadian actor. Also, visit her Instagram.

Later, she revealed that she had been dating a Canadian actor since 2012. As of now, there is no controversy about their separation or divorce, so we believe that they are living happily and spending their quarantine together.

Since her school days, she was quite interested in acting as she has participated in several theatres. Later to pursue her acting career, she moved to Hollywood, California in 2011. She started her acting career by portraying the role of Tess Hamilton on the ABC Family series ‘Ravenswood’.

Then she showed up as a guest on Disney Channel’s Shake It Up. Later she rose to fame when she featured in ‘Columbus’ (2017). There are many amazing projects of an American actress which include ‘Five Feet Apart’, ‘Unpregnant’, ‘The Bronze’, ‘Follow’, ‘After Yang’, and many more.

The gorgeous looking actress has not talked about her net worth with the media. Even though she hasn’t revealed, we believe that she has accumulated a massive amount of money through her acting career. She has featured in movies like ‘Follow’, ‘After Yang’, and many more.