Skip to content
Home » Entertainment » Hailey Kilgore’s Net Worth is in Six-Digits!

Hailey Kilgore’s Net Worth is in Six-Digits! 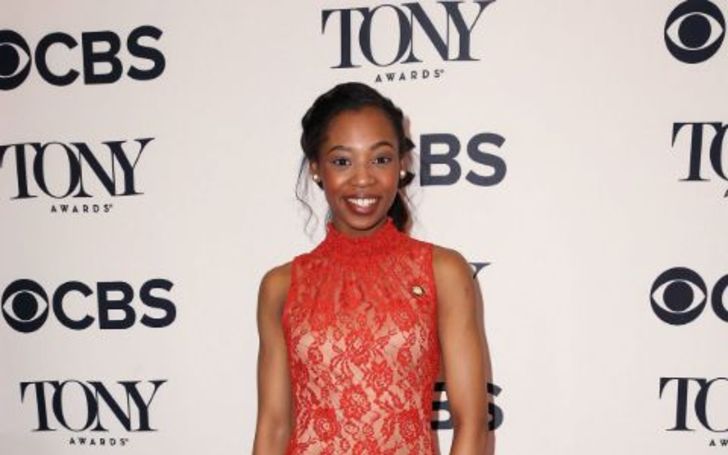 Hailey Kilgore is an award-winning American actress and singer who is best known for her work in the theatre play, Once on This Island.

Kilgore is also famous for her works in the plays and series like Our Town, Into the Woods, and The Village. Want to know more about the actress? If yes, then read the full article!!!

Is Hailey Kilgore in a Relationship?

Hailey Kilgore is out of any dating and marital relationships. Well, the actress is never seen dating any men outside of the reel life.

It looks like the actress is waiting for her soul mate at the moment. Besides, she also hasn’t featured any posts regarding her love life on her Instagram account.

What’s The Net Worth of Hailey Kilgore?

Hailey Kilgore possesses a net worth of $100,000 as of 2020. She gathered that wealth throughout singing and acting in various theatre plays, films, and series.

Kilgore started her professional acting career in 2015. At first, she worked in the 2015 theatre play called Our Town as Rebecca Gibbs at the Portland Center Stage. Following this, she acted in many plays like Ain’t Misbehavin’, Once on This Island, and Into the Woods.

In 2019, Hailey debuted on the television screen. She portrayed the role of Olivia in her first television series, The Village. After that, she also acted in the 2020 television series called Amazing Stories as Tuka. Until now, she worked alongside actors like Moran Atias, Dominic Chianese, and Frankie Faison.

The 21-year-old, moreover, is about to star in the upcoming 2020 film Respect. Further, she will appear in the film as Carolyn Franklin. The film will release on 25 December of 2020. Similarly, she will also perform in the 2020 American crime drama series Power Book III: Raising Kanan.