Know all about ‘The 100’ star Greyston Holt, Including His Romantic Life 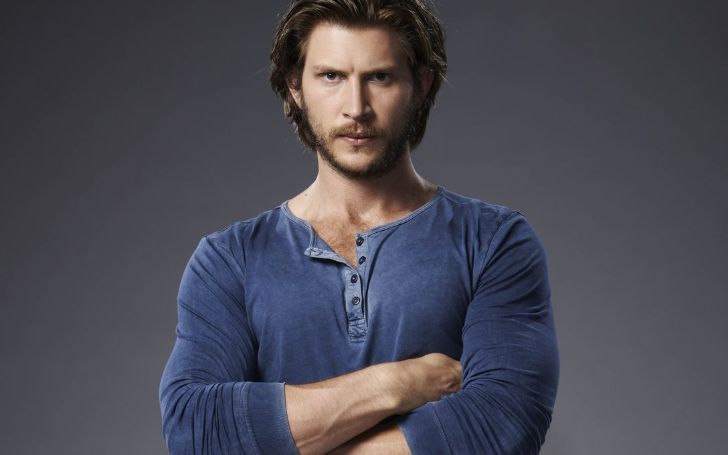 Canadian actor Greyston Holt is working in the entertainment industry for the past fifteen years. In his long career, he worked in many hit movies and shows; however, he was still not a household name.

Holt, however in recent times is gaining a new height of sucess. So, with increasing popularity, different aspects of his life are coming into the forefront. So, let’s take a look into his whole life to know more about this talented artist.

Is the Handsome Hunk Married?

The Bitten star Greyston Holt is yet to tie the knot. However, the wedding bells might not be far behind.

The actor is currently in a relationship with actress Cristina Rosato. It is not known when precisely these two beautiful people fell in love; however, they are together for a long time.

The couple does not talk about their affair in the media, but they do share sweet pictures of one another in their respective social media accounts. Scrolling through their Instagram, it looks like the pair especially bonded over their love of food and travel.

The duo is still to marry and has never thought about having children. But, if they do, it’s certain that Holt with be a great father. He, who feels that his character in Bitten would react positively to fatherhood, will certainly do so in his real life as well. What do you think?

Cristina Rosato is a Canadian actress with Italian Heritage. The American Academy of Dramatic Arts graduate is credited in over sixty projects.

The 36-year-old, Rosato is best known for movies such as Let the Game Begin, Hidden 3D, and Bad Santa 2. She is also a celebrated voice actor who provided a voice to Assassin’s Creed video game series.

Wealth and Fame; Greyston Holt’s Hard Work Is Paying Off

The 34-year-old Greyston Holt holds an overall net worth of $700 thousand. He made his riches from a sucessful career in acting.

The Vancouver native, Greyston debuted in the showbiz in 2004 with the music video, The Sisterhood. Since then, he is part of many sucessful shows such as Smallville, Supernatural, and Alcatraz.

The multi-talented artist, Holt gained recognition after playing the character of Clayton Danvers in the show Bitten. He especially gained the love of fans because of his amazing chemistry with actress Laura Vandervoort.

In 2019, he is part of three shows; namely The 100, Chesapeake Shores, and Batwoman alongside Ruby Rose, Brendon Zub, and Eliza Taylor.

Greyston furthermore is also seen in the television movie, A Sweet Christmas Romance. The film features actors such as Adelaide Kane, Samantha Cole, and Teresa Laverty and released on 10 November 2019.