Izzie Stevens of Grey’s Anatomy, Katherine Heigl’s Married Life With Her Husband Josh Kelley! Shows How She is Managing Her Work Along With Her Baby! 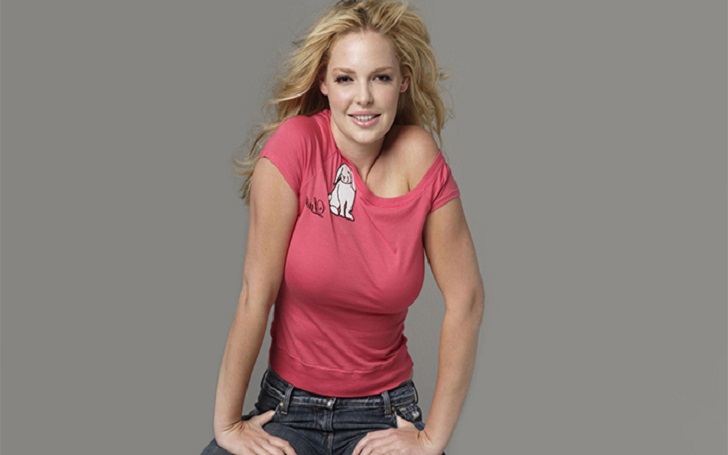 Heigl is married to her husband Josh Kelly, an American singer-songwriter and actor. They both have three children, two daughters, and a son. Let us know how she manages her work and filmography along with her baby.

Managing the work along with family! Katherine Heigl Life with her Husband

Katherine Heigl, 38 years old, and 37 years old Josh Kelly are married to each other for a long time, and they are celebrating 10th wedding anniversary this December. The actress always wanted to have a big family with Kelly, so they have three children. In an interview with Enews,  she answered how she manages her marriage for such a long time, she:

I think this is the first relationship where I’ve felt like my partner’s more than just my lover, if you will, and is a friend as well. We’re sort of best friends, we get along really well, we have a really good time together. We have our moments, like any couple, so we just sort of cling to that friendship when stuff gets hard.

Cocktail hour at #badlandsranch with @joshbkelley. Savoring the warmth of a perfect summer evening in Utah #thoseheavenlydays

The actress and her family live on a ranch in Utah. They are staying happily with their three kids, two daughters adopted and their son. These brother and sisters are very much in love with each other. They also have several pets including dogs.

It's #RememberMeThursday ❤ Post those photos of your rescue pets guys to #RememberTheRescue and encourage others to adopt! Together we can shine a light on the millions of shelter animals in desperate need of homes. #GracieLou #Poppy

The couple first met when she played in the music video for Kelly’s song “Only You” in 2005. Then they started getting out with each other and build a strong friendship which then turned to marriage in 2009.

They adopted two baby girls by 2013, and the couple announced that Katherine is pregnant in June 2016.

@joshbkelley and I are beyond thrilled to finally share the arrival of our little man Joshua Bishop Kelley Jr born December 20th, weighing in at 7 pounds 15 ounces. We are all happy, healthy and beyond grateful! For more pics and the exclusive story check out @people magazine (out Friday) who I must profusely thank for helping us to announce our happy news in a beautiful, honest and loving way! I also want to give a big hearty loving shoutout to my bestie @cheyenneellis for the gorgeous photos including this one! And one more GIANT thank you to all of you for your wonderful words of support, love and all those beautiful well wishes! As always I am incredibly grateful to have such wonderful fans! ❤️❤️❤️❤️❤️❤️

This couple is not just husband and wife but also more like friends which have helped them in all of their difficult times and held their relation this long. Despite their busy schedule, they have managed to keep time for their family and kids along with their work.

A successful actress in many movies and tv shows, Katherine Heigl, is a mother of three and wife of a great singer Josh Kelly.

Before her marriage, Katherine, a hot and beautiful actress, dated Joey Lawrence from 1996 to 1999. Joey, an American actor, and Katherine met each other at Seventeen’s 50th anniversary and starting dating but ended their relationship after three years.

She then began dating with Jason Behr, an American actor from 1999. These two also got engaged to each other in 2001, but it did not succeed. Later they got separated in 2002. After two failure in a relationship at her early age, she started dating with Josh Kelley for a very conservative and a long-lasting way.

Katherine is also a model with a hot body and height, who has done numerous photoshoot and hot photos gallery. She is always beautiful and sexy in her dress. Her sister Meg Heigl has also helped her to be one of the lucky actresses today. Katherine has a smoking habit.

According to her wiki, Katherine also runs a website where she shares her talents like DIY. She is always busy in her movies and TV shows, looking for new series or movies. After a lot of hard works and contributions in this field, Katherine has earned a net worth of  $25 million.