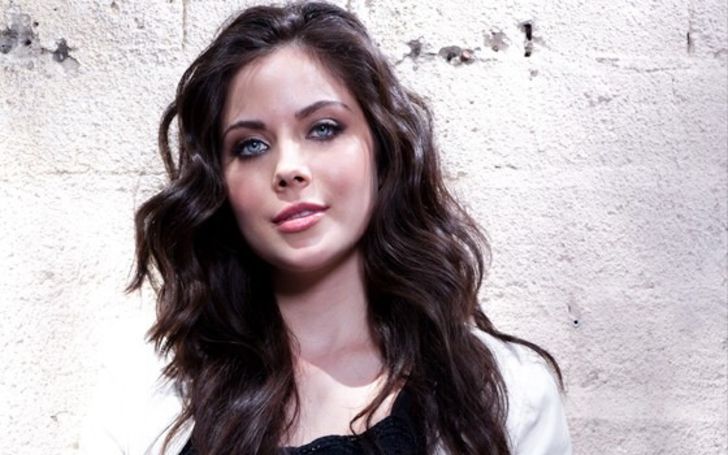 Grace Phipps, also known as Gracie Gillam is an American native actress. She is famous for her role in Teen Beach Movie and Teen Beach 2.

Grace is also a talented singer besides being an actress. She released a number of songs and one of them even featured as the soundtrack for a movie. You can get a closer look at her personal life below.

Who is Grace Phipps Dating?

The multitalented actress Grace Phipps is currently in a loving relationship with her partner Nat Zang who is also an actor like Grace herself. The two started dating from early 2017. They are both the cast members of the tv show, Z Nation. Maybe that’s where their love story began, eh?

The duo posts a lot of photos spending time together. And the couple clearly adores their little doggo Hildy Elizabeth considering the fact she opened an Instagram account entirely dedicated to Hildy. The pretty terrier also seems to enjoy their company.

Around the year 2016, Grace took to her social media revealing about an abusive partner whom she dated in 2015. She posted a photo of a popped eye vessel along with a caption mentioning her feelings after a recent text message she received from the person.

Grace stated that the guy later turned out to be a rather violent person and that he treated her very badly. She further added the text sent by the person hurt her so much that she threw up and burst a vessel in her eye.

Phipps admitted that she regretted not speaking up earlier and ended up having to go through a very tough time due to it. She even had to miss a good friend’s goodbye party and a meeting due to her illness.

Net Earnings from Her Career

Grace Phipps has a net worth of $500 thousand. She earned her net worth through her acting and singing career. She debuted in the showbiz in the remake of the 1885 comedy horror movie, Fright Night. Grace appeared in the film as the lead role of spunky Bee.

Later in 2013, she was cast as April Young in the supernatural TV series, The Vampire Diaries. She later appeared in the movie, Teen Beach Movie, Baby Daddy, Screams Queen, and Z Nation.

Skills as a Musician

In addition to being a talented actor, Phipps is also a singer. Her song Falling for Ya was the Teen Beach Movie‘s theme track.

Later she produced another song for Teen Beach 2, Gotta be me. The song got a nomination in the Teen Choice Awards as the Choice Song from a Movie or TV Show. In 2013, Gracie released Cruisin’ for a Bruisin in collaboration with Ross Lynch & Jason Evigan.

For more updates and news, stay at The Celebs Closet.