Who is Grace Gummer Dating? 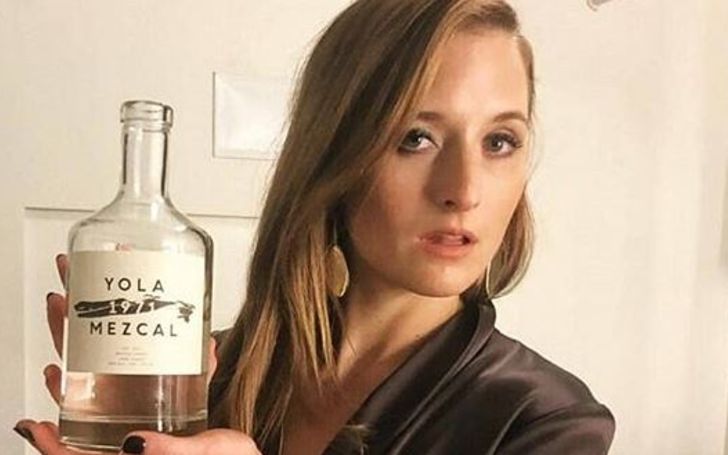 Grace Gummer is an American actress born on the 9th of May, 1986. Her first stage debut dates back to 1993 when she appeared in The House of the Spirits. Her portrayal of young Clara in the movie got well appreciated and she embarked on her journey to stardom.

Asides from that, some of her other contributions include The Newsroom (2012), The American Horror Story: The Freak Show(2011), Extant, and Mr. Robot.

Who is Grace Gummer Dating?

Grace is dating Tray Straitharn, the 39 years old musician. He is the son of Oscar nominee actor David Strathairn. So you might be wondering when did the two start seeing each other?

Well, their first meeting is somewhat like a movie coincidence. The two previously met each other on the set of The River Wild movie. The actor and actress being their respective parents Meryl and David. The date was 1993 and the kids were just seven and thirteen years old.

That’s pretty much about it. But years later, the two have come together as accomplished actors. They publicly announced their association on the 5th of October 2017 when they appeared on the premiere of HBO documentary Spielberg together.

Since then, they have kept their romantic relationship quite secretive. There are no pictures of Tray on Grace’s Instagram whatsoever. Maybe the girl likes to keep her personal matters of the flashing lights of cameras.

Grace has dated a couple of guys before settling down with her musician boyfriend. She shared her love relationship with actor Billy Crudup back in November of 2011. The two worked as co-stars in the movie Arcadia.

The two had a quiet and envy-worthy relationship. Although the two tried to keep mum about their fling, witnesses confirmed the hearsay when the two were spotted rubbing each other’s backs and holding hands at a party.

Evidently, the celebrity daughter had revealed her affairs back in April of 2011. In an interview with Interview Magazine, she had confessed that she had been dating someone. She also mentioned about a funny event that occurred at the Dodger’s game when she had been watching the match with her boyfriend.

We do not know the details of the guy she had shared the game with. People speculated Billy as the guy but, who knows? That was not the only time Grace confused people about her relationship with her remarks.

As it seems, she dated someone back in 2014. This meant that the gorgeous girl had severed her knots with Billy and moved on. Yet again, the audience was clueless about the identity of the man.

However, sources like Refinery29 indicated that the guy was a musician by his profession. She apparently spent her 2014 summer with the guy. The musician word certainly rings a bell, doesn’t it?

Yes, the guy could have been Tray. But she never commented on the matter personally so, the speculation is upon you guys. Whatever the case, Grace surely loves dating musicians.

Grace has a career of her own. She is an accomplished actress and need not stay under the wingspan of her superstar mother. As of 2019, she has an estimated net worth of $5 million.

The stunning actress accumulates this amount from her profession as an actress. This figure does not include the assets of her parents. Her mother, Meryl Streep boasts a net worth of $80 million though.