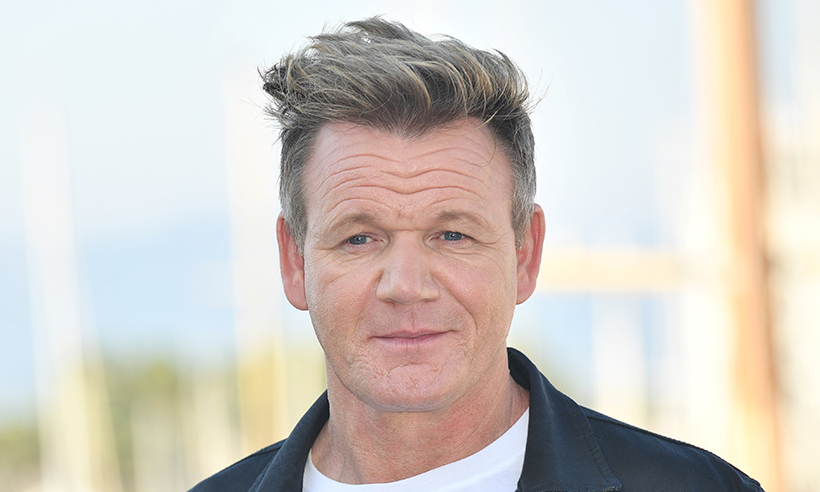 Have you ever watched the cooking show MasterChef? If yes then, you must be acquainted with the temperamental yet supremely talented judge Gordon Ramsay.  The British celebrity chef, restaurateur, and television personality is a part of the popular shows like Hell’s Kitchen, The F Word, Ramsay’s Kitchen Nightmares, and many others. The OBE honored chef is one of the wealthiest chefs of the world. What Gordon Ramsey’s married life is like?

Apart from his professional life, people are keen to know Gordan Ramsay’ wife as well as net worth.

Some people are destined to master every genre of life. So is the case of Gordon Ramsay’ life. From his professional accomplishments to his blissful marriage to his incredible parenthood, Ramsay is an ace.

You might also like: MasterChef’s Matt Campbell Died Aged 29; Was He Married Or Dating Someone? Exclusive Details Along With His Wiki-Bio

Gordon Ramsay married his wife Tana Ramsay on 12 December 1996. His wife is a Montessori-trained school teacher. In fact, she is the most significant source of inspiration who pushed him to reach the optimum level of success. Within 22 years of their marriage, the beautiful duo is the perfect example of husband and wife.

As of now, Gordon Ramsay has a happy ideal family and resides with his wife in Wandsworth Common, London. There is no place for any rumors related to their divorce. Nevertheless, we wish  Ramsay and his wife all our wishes for their prosperous family onwards.

Gordon Ramsay and his wife, Tana Ramsay, share four children. Their children Megan, Matilda Ramsay, and twins, Jack and Holly, are very close to him. On 13 May 2016, the couple announced about his wife suffering a miscarriage while expecting their fifth child, a boy. Ramsay makes sure his children get reared with high morals and often states that he won’t let any of the children have access to millions of his net worth.

Wishing you all a very merry #Christmas from the Ramsays

Furthermore, Ramsay received the title of Officer of the Order of the British Empire in 2006 for his impressive record of achievement in culinary arts. Likewise, in 2013, Culinary Hall of Fame welcomed Gordon Ramsey.

In the early 1980s, Ramsay worked at the Wroxton House Hotel as a commis chef and later ran the kitchen and 60-seat dining room at the Wickham Arms. Following his move to London, he worked under temperamental Marco Pierre White at Harveys.

Read more: Has Rachel Khoo tied the knot with her dream boy? Know her husband and personal life:

Furthermore, in 1993, he operated as head chef at the three-Michelin-starred La Tante Claire in Chelsea.  Later, in 1998, he opened his Restaurant Gordon Ramsay in Chelsea. Similarly, Ramsay opened restaurants in Dubai, Tokyo, Ireland, the US west coast, Boxwood, Los Angeles and Canada as well.

East coast thanks for watching a night of me ! West coast, get ready for a night of insults and drama in just under an hour on #MasterChef and #24hoursFOX ! pic.twitter.com/qFa9fe9tVl

Moreover, Gordon Ramsay appeared on series three of Faking It in 2001 which won the BAFTA for Best Factual TV Moment. In 2004, he appeared in two British television series, Ramsay’s Kitchen Nightmares on Channel 4 until 2007.

His another show Hell’s Kitchen aired on ITV1. In 2010, he functioned as a producer and one of the judges on the US version of MasterChef. Further, he also presented the series Ramsay’s Best Restaurant and Hotel Hell.

Gordon James Ramsay Jr. was born in 1966, in Johnstone, Renfrewshire, Scotland, the UK to his parents Gordon James Senior and Helen. He grew up in Stratford-upon-Avon along with his three siblings, Diane, Ronnie, and Yvonne.

Regarding his study, Ramsay received a degree in hotel management in 1987 from North Oxfordshire Technical College. Likewise, he also joined Activate Learning.

Read more: Australian Chef, Rocco Dispirito dating again after getting a divorce? Let’s find out who his mysterious girlfriend is?

The 52 years old Ramsay celebrates his birthday every year on November 8. As per wiki, his ethnicity is a blend of Scottish and Irish descent.

Last but not least, Ramsay has a height of 6 feet and 2 inches. Moreover, his Instagram has around 5.3m followers, while his Twitter has about 6.8m followers.