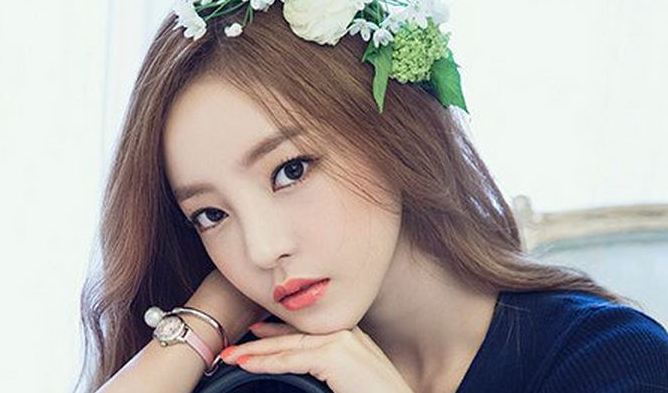 Goo Hara is a South Korean actress, television personality as well as a singer who has appeared in many movies, web series, and Tv shows. She is also the former singer of the band Kara, which is a South Korean girl band. Hara has amazed her fans with her talented skills, and her well-wishers are curious to know about her boyfriend along with her dating life

So, let us know more about Goo Hara boyfriend and their relationship before separation. Also, let us explore Goo Hara bio, age, nationality including wiki facts;

Goo Hara filed a complaint on the 27th of September, suing Yong for blackmail and sexual violence. But Goo Hara’s ex-boyfriend, Yong Junhyung criticism against Hara is increasing after Dispatch released news that Yong blackmailed Hara with their footage of sex tape.

Previously, the discussion was over whether both parties or one did the physical assault. However, the case developed from an assault case into blackmail and now sexual violence case.

The Korea Cyber Sexual Violence Response Center also showed support for Hara and asked for the proper punishment for Yong. They stated that the case is not a simple blackmail case but a matter of sexual violence as well. They pointed out Yong could ruin Hara’s life.

Who Is Goo Hara Boyfriend?

Well, On the 28th of June 2011, Dispatch revealed some of the photos of Goo Hara dating Yong Junhyung. The picture was taken in the early morning on the 9th of June after hanging out in the Gangnam Cafe. The duo later drove around Gagnam and then parked at Junhyung’s home. Then the couple walked around the neighborhood and the park for an hour, settling at Sky Park in Sangam-dong.

DSP Entertainment which was Hara’s agency at that time released a statement as well,

“They do have good feelings towards one another, but they’re still getting to know each other. It’s only been a month so far. Please watch over them for a bit more.”

But on the 27th of March, 2013, news spread about the two breaking apart. The story started when their fans realized that both of them unfollowed the other’s personal Twitter account.

Through a phone call, DSP Media spoke up,

“Due to their busy schedules and KARA’s stay in Japan for their promotions, their meetings have become scarce, and eventually they drifted apart… They decided to remain as good friends in the music industry.”

But after their separation, they couldn’t remain good friends and involved in many controversies, fights on call and social media profile. In a recent battle, Hara scratched the face of her ex-boyfriend. Therefore, the police are investigating this case as a physical assault.

On the 4th of October 2018, Dispatch has released some audio clips in which Hara’s ex-boyfriend threaten to publish the footage of their sexual relationship on the Internet.

Goo Hara was born in the year 1991 in Gwangju, South Korea. Her birthday falls on the 13th of January, which makes her age 27.

There is no any further information about her parents, family background as well as siblings, but she belongs to Korean nationality. Hara was a talented and qualified person in her early days and gave the decision for her burgeoning career than her education.

There is also no detail information about her childhood days; only we know Hara has been comprehended for her excellent behavior with social people. There is also no data related to her educational achievements and subjects on which she focused, but she attended Sungshin Women’s University.