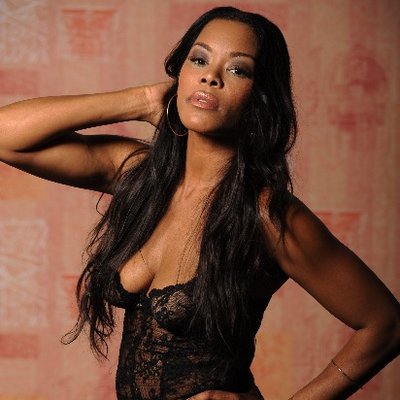 It’s usual for all to long for a beautiful love story in our life, and also desire to be together forever with a soul mate. If you are eager, you can search for your God bestowed; but what would you do if that partner does not think of you as a soul mate? If they don’t, it would be easy for you to take the lesson and move forward.

Golden Brooks carries a similar story as well. She had some problems with a partner in her past affair too. As she is not seen anywhere in the limelight like she was before, many people suspect her to be married. Today we will be uncovering the fact whether Golden Brooks married her boyfriend or not, along with some good moments of mom-daughter. Stay put!

Brooks was previously in relation with D.B. Woodside. The ex-pair started their love life from the year 2008. In 2009, Brooks revealed her to be pregnant. On 1st September, the duo welcomed a baby girl and named her Dakota Tao Brooks-Woodside.

On the very day, she was interviewed by People Magazine. She gave this statement regarding that joyous occasion:

‘Everyone just loves her. D.B and I both are happy as my parents are also here.’

As relationship always tends to fall in quicksand, Woodside’s relation with Brooks too faced its end. The duo broke up in the year 2010, without revealing the real reason of split. So, we now confirm that golden Brooks is not married yet, and also didn’t marry her boyfriend. She is yet to enjoy married life with her husband-to-be.

The relation of mom and child is one that surpasses all love. Golden Brooks is the mother of Dakota, to whom she loves more than herself. We can view them in social accounts frequently. Here is one picture of Dakota shared in this Feb 2017:

As Golden is a celebrity, her daughter quickly followed fashion and trends. Here is the picture of her in April that describes what fashion really is for her.

Without the support of the father, Dakota has been a naughty girl. Here is the proving pic that was uploaded back in the year 2016 on her Instagram. Here she features red lip, might be of Golden’s cosmetic set.

NEVER will our little girls be groomed for the man's acceptance or the man's validation or the man's side-kick or the man's play thang for the night or the man's trophy wife or the man's cook! MOTHERS teach your future queens to be the depiction of the highest form of intelligence only for themselves and the rest will follow #imanastywoman #womenempowerment

It’s been long since D.B and Golden parted, but it also signifies someone to be in her life already. Has she found a soul mate? We think so! This is the upload of March this year, she mentioned how she loves him.

We hope Golden to reveal her boy in her life and marry him soon. We would also like to wish a bright future for both Dakota and Golden Brooks. As of now, Brooks is single and is living a blissful life with her daughter.