Giuliana Rancic Bio Reveals: Enjoys Parenting Her Single Child Together With Her Husband 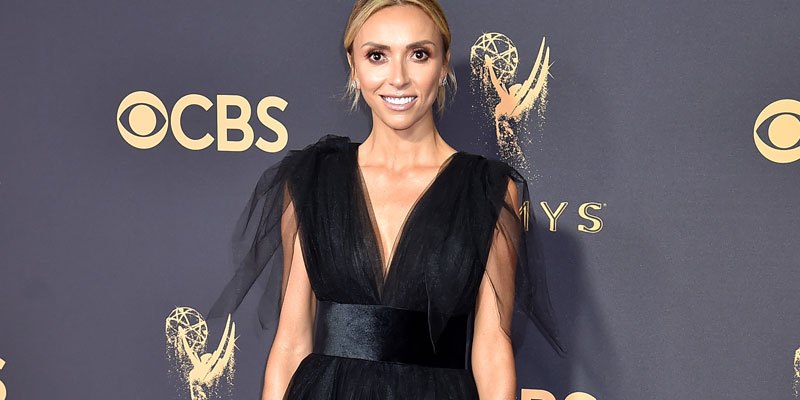 Giuliana Rancic is a hot and skinny Italian-American television personality who is best known as a host of her reality TV series called Giuliana and Bill. She is eminent for her anchoring abilities. Many people recognize her as a host in many pageants, and many have seen her taking charge of the red carpet at almost every awards shows for her network.

Giuliana is a married woman, and there is no denying that she and her husband, Bill Rancic, are one of the Hollywood’s most influential couple. They have always set a couple of goals by standing for each other amid health struggles to co-parenting their son. The couple has proven that they’re partners in both life and love.

Giuliana Rancic married her now-husband, Bill Rancic on 1st September 2007 at Sancta Sophia church in Anacapri. The couple began dating in the year 2005 and announced their engagement on 15th December 2006.

After getting engaged for a year, the duo walked down the aisle together. The couple has revealed their fertility issues on the television talk shows. They even tried to conceive since the year 2009 but were not successful, so they began In Vitro Fertilization in March 2010.

Finally, Giuliana got pregnant in the spring of 2010 but sadly had a miscarriage at nine weeks. For the second time, she had an IVF in November 2010, but it failed. Her doctor later recommended Giuliana for a Mammogram, through which she was diagnosed with breast cancer.

In October 2011, Giuliana went through a surgery. On 5th December, she revealed that she was to undergo a double mastectomy. She was in the early stage, thus she had to go for lumpectomy and radiation.

However, the couple was set to have a child. They tried the egg retrieval and found a surrogate mother too. The duo welcomed a son named Edward Duke Rancic on 29th August 2012.

The pair tried to have another baby, but on 1st June 2014, their surrogate had a miscarriage.

Giuliana was named as anchor of E! network’s E! News in the year 2005. On 13th March 2006, she was joined by co-anchor Ryan Seacrest. Moreover, she co-hosts E!’s Fashion Police and also co-hosts red carpet events for award shows like Golden Globes and the Academy Awards.

Giuliana is the creator and executive producer of MTV’s Celebrity Rap Superstar, which premiered in the year 2007. She even appeared in the movie Bring It On: Fight to the Finish in a brief scene. Rancic also hosted the Miss USA and Miss Universe beauty pageants on NBC. She has her clothing line, G by Giuliana on HSN and also launched a wine line Xo, G.

On 4th September 2018, Giuliana returned to her anchor job behind the desk of E! News, a year after Catt Sadler’s controversial exit.

But what’s the figure of Giuliana Rancic net worth?

Giuliana Rancic was born in the year 1974 in Naples, Italy. Her birthday falls on 17th August, which makes her age 44. She is of white ethnicity and has a decent height of 5 feet 8 inches.

Giuliana is the daughter of a master tailor, Eduardo DePandi. While she was a young girl, she and her family moved to Bethesda, Maryland where her family owns a high-end men’s clothing store. She has two siblings; a sister named Monica, and a brother named Pasquale.

Giuliana always aimed to become an anchorwoman, so she learned English by watching hours of news channels.