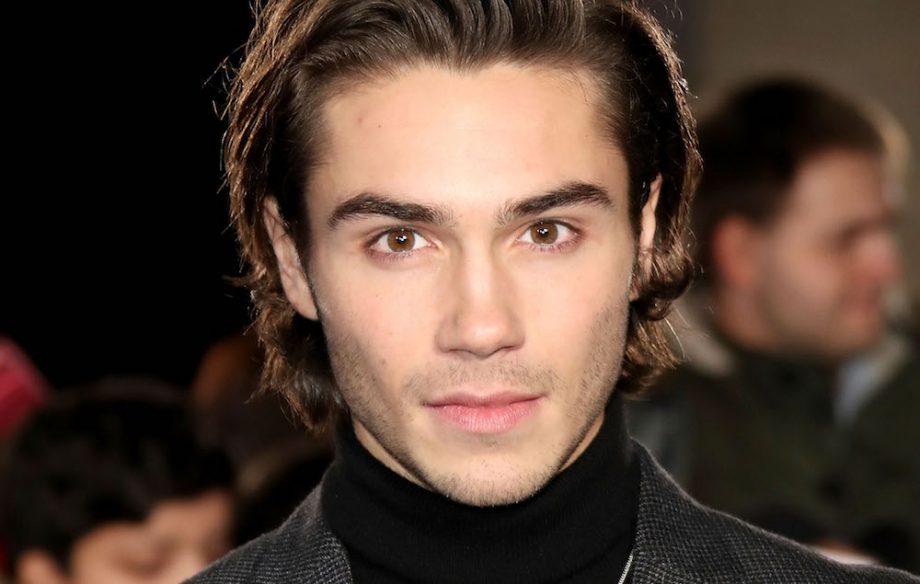 George Shelley is an English singer and a former youngest member of four-piece boyband Union J, collaborated with Jaymi Hensley, JJ Hamblett, and Josh Cuthbert. He first auditioned for The X Factor as a solo singer in 2012, where he performed the song Toxic by Britney Spears. X Factor producers suggested him to join MK1, however, he chose Triple J, but later, altered their name to Union J.

George Shelley: A Victim Of A Homophobic Verbal Assault!!

The former Union J singer, George Shelley, 24, took to Twitter to vent his frustration over the verbal abuse– mere days after fighting back the tears and pain while revealing his sister, Harriet’s death publicly for the first time on February.

Fans quickly tweeted out supporting the Make It Better hit-maker, with one supportive fan tweeting:

Awww George. You shouldn’t have to put up with that. Remember, for every idiot out there, there’s a million people who love you for who you are.

The verbal assault came just days after the radio personality, George opened up about his 21-years-old sister Harriet’s death for the first time.

George Shelley: Death of His Sister

George is ‘finally seeing color again’ since his sister, Harriet’s death as he highlighted the importance of speaking to loved ones when going through a crisis. He said:

‘I had a rubbish year [in 2017] and had experienced things I thought I’d never had to experience. I just never thought it would go like this,’

‘I lost not just my sister; I lost my dad and my job.’

George joined the show to speak about a mental health charity, Time to Change, it’s anti-stigma campaign, and to promote Time to Talk Day.

Recounting how his sister’s accident played out, he told Lorraine:

She was out at a concert. ‘She needed a wee, and she ran out between two tour buses. I think they were Stormy’s buses.’ ‘She fell back and hit her head on one of the buses. She was then in ICU for a week. We thought ‘She is going to live, she is going to live.’ But then we were told that even if she pulls through, she’s gone.’

Pop star George’s sister died on April 28, 2017, after she suffered fatal head injuries outside the O2 Academy in Bristol shortly before midnight. She died at Southmead Hospital in Bristol eight days later and the cause of death was given as ‘severe traumatic brain injury.’ Hundreds of people attended Harriet’s funeral and George, who rose to fame after appearing on the X Factor in 2012, sang a song he had written as a tribute.

There are lots of romantic rumors between George and Ferne McCann. They were even caught together in many public places while dating. They were found kissing in the pub of London. But later all these rumors became vague as she stated that they both are very good friends.

However, it is believed they have broken up as the pair haven’t been seen together for several months.

At the current moment, George is dating no one, and also there are no any rumors about George’s current dating status, his partner.

On 3rd February 2016, in response to rumors regarding his sexuality, Shelley uploaded a video in YouTube. He stated that he gets attracted to both men and women. However, he also stated that he didn’t want to be labeled as bisexual: George said:

I’ve had girlfriends that I’ve loved and they’ve been amazing periods of my life.

But I’ve also had boyfriends. And I just want you to know that whether I decide to be with a girl next or a guy next, it’s because I love them and it shouldn’t be a big deal.

Shelley was born in Clevedon, North Somerset in England as a son of Dominic Shelley and Toni Harris on 27 July 1993. 24-years-old, George Shelley has an average height of 5 feet 10 inch. He is of white ethnicity. He has two brothers, Tom and Will, a younger sister, Harriet, and two step-sisters, Anabelle and Louisa, along with three half-brothers Spencer, Archie, and Leo. Shelley has light brown hair and his eyes are dark browns in color.

At the age of 13, Shelley began playing guitar with the help of his grandfather. Before becoming famous, he did a part-time job as Barista in Costa Coffee in Weston-super-Mare. He earned a BTEC Extended Diploma in Graphic Design after studying at Weston College in Weston-super-Mare from 2010 to 2011.

George Shelley took part in The X Factor in 2012 and ended up being the fourth finalist. He earns a massive salary from singing career and is busy in touring and concerts. On 3 March 2016, Shelley left the band so he could focus on his acting and broadcasting career. In July 2016, Shelley made his acting debut by guest-starring in an episode of the British sitcom series Murder in Successville in series 2, episode 4 as Sidekick.

George Shelley Net Worth and Her Fame in Social Media

Net worth and remunerations of George Shelley are remarkable because of his recording business, singing, acting, his brand endorsements, business deals, etc. Gradually, Shelley is receiving a considerable sum of salary from the singing career. No doubt, the young singer will be more precious in coming years. George Shelley owns a lavish mansion in North Somerset from where he frequently shifts for his musical works and concerts. Shelley holds a luxurious car collection that includes Mercedes cars.

George has more than 577k fan followers on Instagram. He uses to upload and stay in touch with his fans via social media. Also, he has 751k followers on his Twitter account. It seems like he loves to shares his every moment of his life with his audiences. His Instagram account has 575K followers.