Why Did Gareth Gates Split From Partner Faye Brookes? Facts On His Upcoming Songs, Net Worth And Wiki 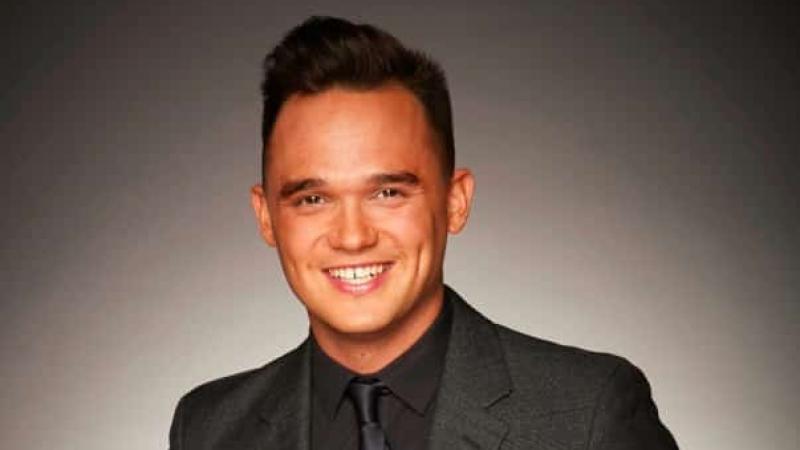 Recently, the English singer and songwriter, Gareth Gates have confessed that he has sidestepped doing I’m A Celebrity…Get Me Out Of Here! Gates is presently waiting for the right time to go into the jungle, and despite being asked to appear, the ‘timing’ is not quite exact for him yet.

However, Gates is entirely open to other reality shows where he could learn something in the process like Dancing On Ice. Regarding the subject he said,

‘I was asked to do the jungle years and years ago but it wasn’t really the right timing for me. I was never asked to do Big Brother literally every year but that never really appealed to me that much.’

The runner-up of the ITV talent shows Pop Idol Gates has released many popular songs till date. Likewise, he has appeared on numerous musical shows too. What is Gareth Gates net worth?

Read More: Who Is ‘Storage Wars’ Star Rene Nezhoda Married To? Details On His Wife, Daughter, Net Worth, And Wiki-bio!

In September 2018, Gates gave shocking news to his fans. He took over his Twitter to announce his split from his partner, Faye Brookes. On the brighter side, the two are still hanging out together but as friends.

In 2012, Gates met his partner Faye Brookes when they featured together in Legally Blonde: The Musical. Coronation Street star Faye and Gates are currently taking ‘some time apart.’ The duo has been together for nearly six years. Despite a break in their relationship, Gates often shares photos of Faye on his Instagram.  Moreover, he hasn’t deleted any of his past photos of Faye from his account.

As of now, Gates and his partner Faye are best friends. However, it is hard to digest that the power couple is nothing but only friends. We wish to see the two getting back together.

In 2002 Gates and his future wife Suzanne Mole met at the Record of the Year award show. In October 2006, The People newspaper mistakenly reported that they had married in secret married. However, Gates and his ex-wife Suzanne Mole engaged on New Year’s Eve 2007. After dating for years, the two married on 18 July in a private ceremony with family and friends.

Thank you for the most magical day my little angel. Daddy loves you so much x

Together with his ex-wife, Gates has couple has a child together. On 6 April 2009, his wife gave birth to his daughter, Missy. Everything was going great until 2012 when the two decided to split. Despite their divorce, the ex-couple is co-parenting their daughter. Moreover, Gates’ current partner Faye is also close to his daughter.

Delving Gareth Gates net worth, the signer is undoubtedly one of the successful singers in the U.K. Starting his career from Pop Idol to over 3.5 million sales records; Gates never knew he would be a megastar someday. The Irish Independent newspaper stated that Gates was one of some celebs with investments in the company Ingenious Media, which financed some movies like Avatar and X-Men Origins: Wolverine.

In addition to Gareth gates net worth, his musical career has presented him with multiple awards like The Record of the Year for “Unchained Melody,” Smash Hits Awards, Young Achievers Yorkshire MTV Asia: Best International Male, G-Music (Taiwan)  and Hit FM Award. Besides, Gates has appeared on many television shows, domestic and international tours.

Gareth Paul Gates was born in 1984 in West Bowling, Bradford, to his parents Paul and Wendy (née Farry) Broadbent. He grew up with his three sisters, Nicola, Charlotte and Jessica and his cousin James whom his parents fostered. Gates studied art and music at GCSE level in Dixons City Technology College. At the age of nine, he joined Bradford Cathedral Choir. In 1997, he sang solo for the Queen. Later, he gained a backup place at the Royal Northern College of Music in Manchester beforehand the finals of Pop Idol.

Gates celebrates his birthday on 12 July that makes his age 34. He is of English ethnicity. The singer has a height of 6 feet and 1 inch.