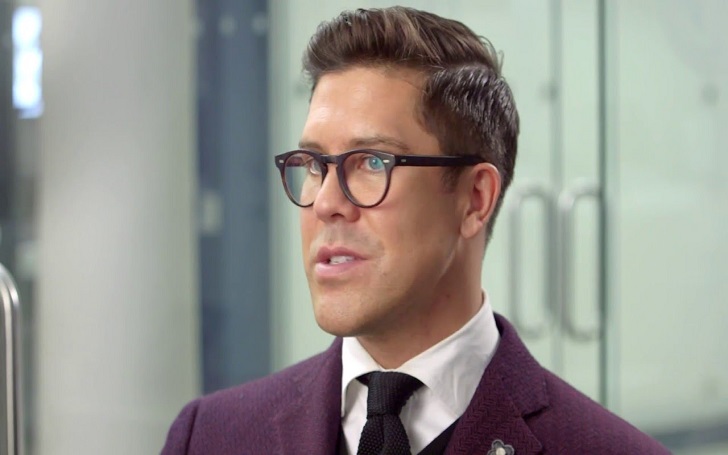 ‘Fredrick Eklund’ and his husband ‘Derek Kaplan’ confirmed that they are expecting twins during Thursday’s season finale of Million Dollar Listing New York by the end of the year. The 40-year-old Fredrik learned from Derek that they would be fathers soon during a trip to Paris.

‘We’re going to be dads!’ Fredrik shouted after Derek told him they were expecting twins via a surrogate.

Fredrik also posted a cute photo of him and Derek kissing to share the happiest news on his Instagram and Twitter account with the caption: We’ve been blessed two times over – we’re six months pregnant with twins, a boy and a girl! It was important for us to take the time to keep the news to ourselves, but now we are ready to celebrate all the love. We thank you for supporting us in this journey and your good wishes. We are finally going to be dads! Finally! #grateful.

Caption: Fredrik and Derek enjoy their happiest moment kissing each other in Paris on 10 August 2017.

Derek Kaplan displayed an ultrasound with “Baby A” images and a “Baby B.” Fredrik burst into tears with joy and yelled, ‘We’re finally going to be daddies. Finally.’

In May, Fredrik revealed that they were once again trying to start a family; thus, the moment has come now.

Fredrik Eklund and Derek Kaplan About Their Unfortunate Miscarriage

Fredrik and Derek had their wedding in 2013, and it has been a long journey for Fredrik and Derek as they had experienced multiple miscarriages in the past. Still, now they are looking forward to new additions to the family. In 2015, the couple’s surrogate miscarried twins, followed by another surrogate who lost her pregnancy.

The couples are looking forward to fatherhood, and they are receiving many congratulations from their buddies and fans. Fredrik’s Bravo buddy “Ryan Serhant” took social media to share his good wishes for the couple on his Instagram:

According to The Daily Dish, Derek is also a dad to his son, Kai, who lives with his moms in London. As learned on MDLNY, Derek became a dad to Kai after he donated his sperm to a lesbian couple who he met in London about seven years ago.

Derek balances his life in New York City with his role as a dad to his young son, Kai. Derek and Fredrik Eklund enjoy their time with Kai and are greatly attached to him. There are many tweets regarding Kai on Fredrik’s Twitter:

Apart from past miscarriages, we pray they will give birth to healthy twins this year.

[UPDATED] The babies are born! Derek Kaplan and Fredrik Eklund are now happy parents to their twin children. They gave birth to a daughter Milla and a son Fredrik Jr in November 2017.