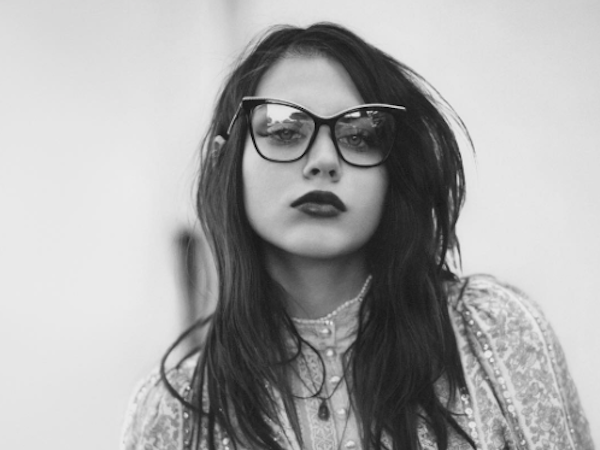 Do you miss Nirvana’s singer Kurt Cobain and his songs? More than anyone else, his daughter, Frances Bean Cobain misses her father. Frances is popular as an American visual artist, and model. The only child of Kurt Cobain and Courtney Love went through a rough childhood and drug-drowned adulthood. Now when she left the dark past, her ex-marriage is giving her pain in the neck.

Frances Bean Cobain previously tied the knot with her now ex-husband, Isaiah Silva. Her ex-husband is the lead singer of the American rock band The Eeries. In fact, the duo exchanged their wedding vows on June 29, 2014. However, they couldn’t sustain their marriage for long. As a result, they divorced on November 30, 2017.

Unlike others, Frances Bean Cobain has a bitter divorce experience as her ex-husband is frequently troubling her with many allegations. Isaiah has the Kurt Cobain’s guitar from Nirvana‘s MTV Unplugged performance which is reportedly worth millions.

As of now, despite having multiple problems with her ex-marriage, Frances is living her life flawlessly. As a matter of fact, she is currently dating her boyfriend, Matthew Cook who is The Ceremonies front man. Actually, the duo showed up holidaying in Disneyland.

Speaking of Frances Bean Cobain net worth, she might be only 25, but her net worth is higher than any established artists. It is all because of shares on her father’s immense net worth and her career achievements. She inherited 37% of her father’s estate.

As of now, Frances Bean Cobain net worth is approximately $200 million.

In August 2006, Frances featured on Elle Magazine wearing her father’s renowned brown cardigan and pajama pants as part of an article. Likewise, in February 2008, she dressed as Evita for a photo spread for Harper’s Bazaar.

Recommended: YouTuber Logan Paul’s Dating Affairs and Relationships; Also know his Wiki-Bio including his Net Worth

Furthermore, she modeled for Hedi Slimane in 2011. Likewise, in 2017, she appeared as the face of Marc Jacobs’ Spring/Summer 2017 campaign.

Thank you to everyone who came to the Growing up Kurt Cobain Exhibit at the museum of style icons in Newbridge Ireland today. What a gift it is to see how my fathers artistry has transcended space, time & emotion. Every single person who came to celebrate his life has given a profound sense of validation & contentment to the people who knew him best, my gracious family. We are deeply humbled and honored to share in this experience with you all. Peace, Love, Empathy The Cobain’s ☘️

Furthermore, in July 2010, Frances debuted a collection of artwork named Scumfuck at the La Luz de Jesus Gallery in L.A. On August 4, 2012, she participated in the group show ‘MiXTAPE.’

Moreover, she was a guest vocalist on the song “My Space” by Evelyn Evelyn in 2010. Likewise, she also worked as an executive producer on the HBO movie Kurt Cobain: Montage of Heck about her father’s life.

Frances Bean Cobain was born in 1992 at Cedars-Sinai Medical Center in Los Angeles, California to her parents legendary late Kurt Cobain and Courtney Love. Her parents kept her name after the guitarist of The Vaselines, Frances McKee.

Despite being the daughter of Kurt Cobain, Frances has a rough childhood as she was removed from her parent’s custody for a short time due to their drug addiction. After a prolonged legal battle, her father, Kurt Cobain, and mother, Courtney Love, were able to reclaim her custody. This incident was the major inspiration for Kurt Cobain’s song Rape Me.

When Frances was two years old, she visited her father, Kurt Cobain in the Exodus Recovery Center in Marina Del Rey, California. That would probably be the last time she saw her father alive because after seven days, on April 8, 1994, her father was found dead at his home in Seattle.

Frances celebrates her birthday on August 18 and her current age is 26.