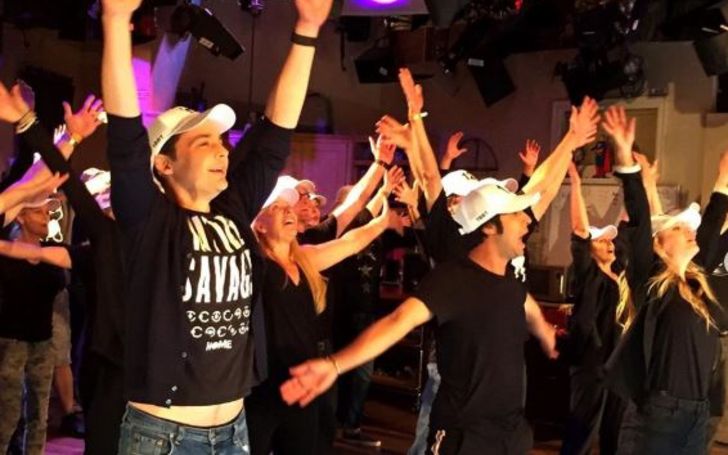 The Big Bang Theory Stars flash mob for the last time in the sets of the CBS sitcom.

The 33 years’ old actress, Kaley Cuoco showed the fans the flash mob declaring the moment one of her best in 12 years. She posted a dancing video captioning,

She further went on to add,

Might be one of my favorite moments in 12 years. I told you we would go out with a bang!!

Even the creator Chuck Lorre was present, well not physically but digitally! He FaceTimed to watch the cast dancing.

Yes. Chuck Lorre was on location and didn’t wanna miss our flash mob, so he FaceTimes in to watch us dance, no words.

The actress also went on to make the fans beware of the teary vids that were still to come during the last remaining shows.

Kaley Cuoco later posted a full video of the Big Bang Theory Crew dancing to Larger than Life. Kaley AKA Penny revealed that she chose the song because it thanks the fans.

She also further revealed that her sister, Bri Cuoco, Mandy Korpinen, and Elizabeth Petrin helped choreograph the epic dance. In addition, Cuoco went on to thanks the crew for rehearsing for months.

thank you for my crew who rehearsed for months and listened to me yap on and on about this endlessly! It was worth it!

Even though all of the series crew were present, Johnny Galecki was out of the final flash mob because of his injured ankle. Whatever be the case, he was still cheering his crew from the sides.

Many of the members of the live audience also had Cuoco’s family and friends!

Kaley Cuoco started the flash mob years ago as a show of gratuity to the showrunners and fans.