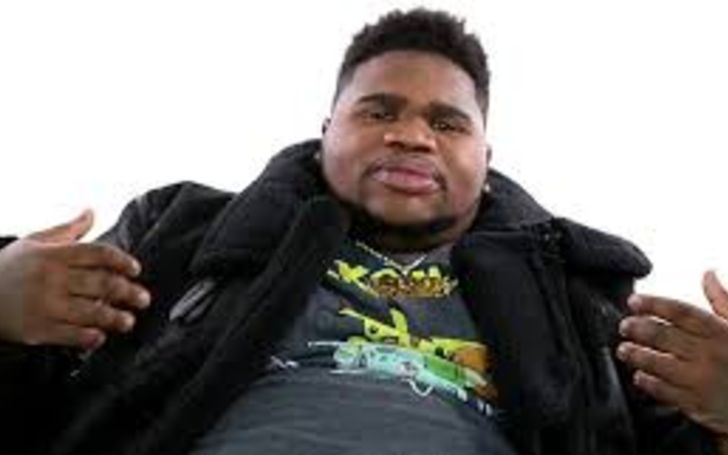 FatBoy SSE AKA Tyriq Thomas Kimbrough is a famous internet sensation famous for his rapping and songwriting skills. The man is not only famous for such but also for his social media influence.

The rapper FatBoy who started out from the bottom has now made his way up to the mid-tier ranks of the music industry. From his life in prison to his current life, we will talk about everything including his drug selling days. Let’s dig in.

How Much Is FatBoy SEE’s Net Worth?

FatBoy SEE has an estimated net worth of $2 million as of 2019. The rapper and comedian gathered the prominent part of his wealth from his career as a musician.

The rapper earns his worth from the sales of thousands of his albums. His 2017 album, A Fat Kid Loves Cake is available to buy on Amazon for $7.99.

FatBoy SEE rose to fame overnight with his weird public behavior and began to gain fame and fortune through his short videos. Likewise, his songs Yes Julz, Dancing Diamonds, Never Give a Hoe Nothing made it worldwide but didn’t earn well.

Read Also: How Much Is Remi Gaillard’s Net Worth?

The Upset singer usually earns revenue from the sales of his music and through the hosting of several musical shows. Though he has a YouTube channel, he isn’t quite active on it. So, earning from the vlog is a big NO at least for now! The man’s music also streams in several platforms like Apple Music and Spotify.

The Hip-Hop singer owns a number of expensive jewelry. His jewelry adds up to a total of over $600 thousand. Have a look at some of his jewelry.

The Street singer is also an endorser of PSD Underwear and earns from sponsored posts on social media. He is popular on Instagram and has a massive following.

Though FatBoy has an estimated net worth of $2 million, he would have had a huge fortune if he continued his drug sales. When he was aged 18, he was locked up in jail and following his release, he brought his life back on track.

Who Is FatBoy SSE Dating?

Fat Boy SSE is currently single and away from any kind of intimate relationship. Previously, he was in a dating relationship with Jas. He mentioned his girlfriend in several videos of his however, the relationship ended in bad terms for the former couple.

The former duo broke up because of FatBoy claiming Jas never supported him and caught her redhanded with another man. Further, after the break up he told his fans on social media, he stopped paying her bills.

On the other side of the story, Jas claims that she never cheated her boyfriend and that he is abusive towards her. Consequently, the relationship ended, they already parted their ways from each other and aren’t likely to get back together again.

Conclusively, FatBoy SEE is currently enjoying his massive fortune alone and is busy building his career.

What is FatBoy SEE’s real name?

When and where was FatBoy SEE born?

How tall is FatBoy SEE?

What color are FatBoy SEE’s eyes?

Which ethnicity does FatBoy SEE hold?

Does FatBoy SEE have tattoos?