Why Did China’s ‘Most Famous Actress’ Fan Bingbing Go Missing? Know Her Married Life, Husband, Net Worth And Wiki! 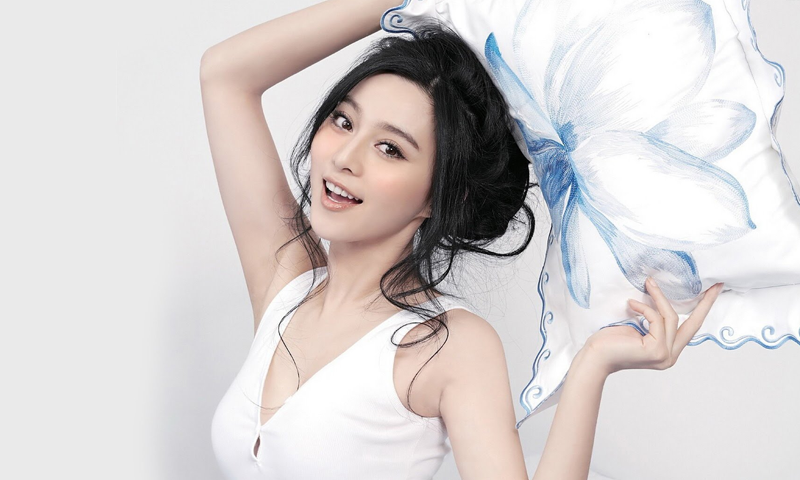 Once, Time Magazine tagged her as China’s “most famous actress” in 2015. Well, what would be halting to summon, Fan Bingbing, an international fame? She has been in Chinese as well as Western movies, gracing numerous commercial advertisements and ruling the fashion brand. However, Fan Bingbing missing case has been concern among the fans and China officials.  Since July, Fan Bingbing has publicly disappeared accompanied by deactivated official Weibo account. What’s the reason behind Fan Bingbing absence from the public function? Also, explore Fan Bingbing bio. Where has been Fan Bingbing now?

The film star, Fan Bingbing hasn’t appeared in the public ever since her social media account flaunted her visiting the children hospital in Tibet. It’s been a month and a more that’s ticking fans and China government concern on Fan Bingbing missing case.

Neither the government has pushed down criminal charges against the actress nor has she attempted any intent. However, the speculation regarding tax evasion aroused as the copies of the film contract leaked in the media in May. As per state tabloid Global Times, one of the documents stated the financial transaction of $1.5 million (10 million yuan), while the private document liberalized $7.5 million (50 million yuan).

Consequently, it urged tax officers to investigate Yin-yang contract in the movie industry. Well, the Yin-Yang contract s the practice of submitting a small paper to authorities and the larger one treated as a tax-free contract. One of the producers confronted that each contract exhibit irregularities because celebrities have been practicing smaller document to avoid tax payments, which is universal in the film industry.

Initially, fans denied the rumors of Fan Bingbing tax evasion procession. But, her extinction from public appearance and the prohibition of leaving the country under the strict laws of China government proved the rumors to be true.

The beautiful actress, Fan Bingbing is the heart of China as well as Western countries. Hence, she owns numerous fans on her grip. And, the actress is liberal on counting personal details on dating and marriage among fans.

Back in 2015, the actor, Li Chen announced that he was dating Fan Bingbing on social media. Li Chen is famous as a cast member in Keep Running, TV shows Beijing Love, Beijing Youth, and The Good Fellas. After two years of dating, Li Chen proposed to her and the couple got engaged on 16 September 2017. Perhaps, the pair wedding bells shall count in the entertainment news, when, Fan Bingbing would be freed from tax evasion.

She has a grasp of national hits and international blockbuster film projects. The prominence of Fan Bingbing rose, when she starred as the supporting role Jin Suo in the Chinese drama, My Fair Princess in 1998.

From 2013, she is in the list of the highest paid celebrity according to the Forbes. Moreover, fashion brands such as Valentino Garavani, Giorgio Armani, Salvatore Ferragamo Italia S.p.A., Atelier Versace, Christian Dior, and Louis Vuitton are in awe of Fan Bingbing. Thus, she accumulates hefty earnings from the presence in the red carpet to film festival. Fan Bingbing net worth records for $100 million.

She was born on 16th September 1981 in Quingdao to the parents, Fan Tao and Zhang Chuanmei. Hence, Fan Bingbing age is 37 years old. She spent childhood days in Yantai with brother Fan Chengcheng.

Regarding Fan Bingbing education, she is a graduate of Shanghai Xie Jin Film and Television Art College and Shanghai Theatre Academy. She is actively invested in helping children suffering from congenital heart disease in Ngari Prefecture in Tibet.

“Looking back at how more and more children have been helped, it feels a bit like writing a diary – one page a day does not feel like much but after some time you hold it and, wow, you realize that it is already very thick. I think this is the feeling of achievement.”