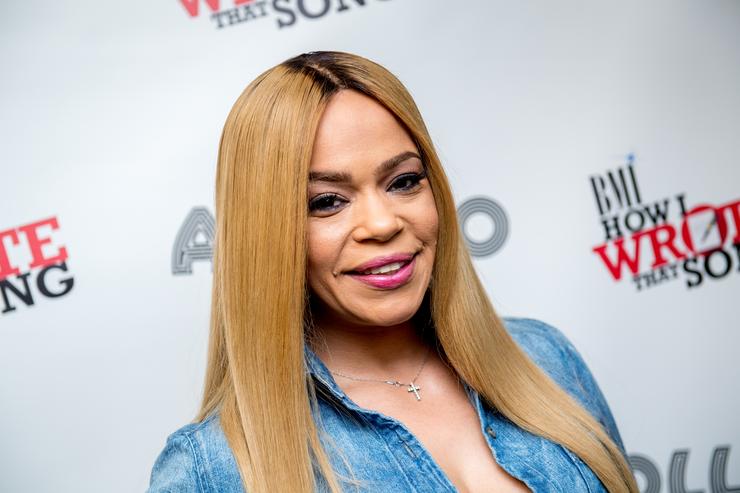 On 17th of July, a spokesperson for Faith Evans confirmed the news that she indeed tied the knot with Steve J. in Las Vegas. The couple even filed for a marriage license in Clark County. Faith also posted a pair of coinciding pictures showing how she is intimately snuggling up next to her husband. The newlywed couple appears to be happy together.

So, let us know more about Faith Evans including her bio, children, career, and wiki-facts.

Faith Evans is one of the highest R & B singers of all time. She has grabbed much attention from her fans after winning a Grammy Award. Her fans are speculating to know more about her personal life like who is she married to after the death of her husband, does she have a child and many more.

Well, Faith gave birth to a baby girl called Chyna Tahjere Griffin on the 1st of April 1993 with Kiyamma Griffin, a music producer. But the couple never got married to each other. After one year of the birth of the baby girl, Faith married to the Notorious B.I.G whose real name was Christopher George Latore Wallace in the year 1993 with whom she had a child named, Christopher Wallace Jr. in the year 1997.

In the same year, the couple was separated before he was murdered mysteriously and she married Todd Russaw. The couple welcomed with two children named Ryder Evan Russaw, Joshua. But suddenly in the year 2011, the couple separated from each.

After some years of divorce with Todd, Faith has again tied the knot with another guy named, Steve J. on the 19th of July, 2018. It was a private ceremony, and the wedding was held inside the hotel room at 10: 30 in the evening. Soon after the wedding, the couple applied for a marriage license in Las Vegas in Clark County.

Faith Evans Career And Net Worth

Faith started her career as a singer at the age of two. She caught the attention of the Emmanuel Baptist Church in Newark at the age of four when she sang The 5th Dimension’s song ” Let the Sunshine In.”

@ericadhayes you are so dope! #Repost @cjay_alexander with @get_repost ・・・ ❤️✌🏽

Faith even acted in the MTV-produced romantic comedy The Fighting Temptations in which she appeared in a brief but major role portraying a single mother and nightclub singer. She also recorded a contemporary cover version of Donna Summer’s 1978 success “Heaven Knows.

Faith earned a brief guest stint on the UPN situation comedy Half & Half in the year 2004 and announced that she had been working on a synopsis for her situation comedy that would be mainly based on her life but with a more comedic aspect in the same year.

As of 2020, faith Evans net worth is estimated to be of $9 million. But, some sources claim her net worth at around $3 million which seems unlikely; credit to her career. Her daughter Chyna is also a singer so, from her career, she has amassed a net worth of around $500 thousand.

The R & B singer, Faith Evans was born in the year 1973 in Lakeland, Florida, United States. Her birthday falls on the 10th of June, which makes her age 45. Faith belongs to American nationality and is of Afro-American ethnicity. She has an average height of 5 feet and 6 inches.

Faith Evans was raised by her parents, Richard Swain, a Caucasian, and Helene Evans, a professional singer. She was the only child of her parents, but her father, Richard left when she was born.

There is not much information mentioned about her birth as well as her childhood days. Faith attended the University High School in Newark, where she sang several jazz bands, encouraged by her mother, Helene.

After her graduation from her high school in the year 1991, Faith attended Fordham University in New York City to study marketing but left a year later to have daughter Chyna with music producer Kiyamma Griffin.