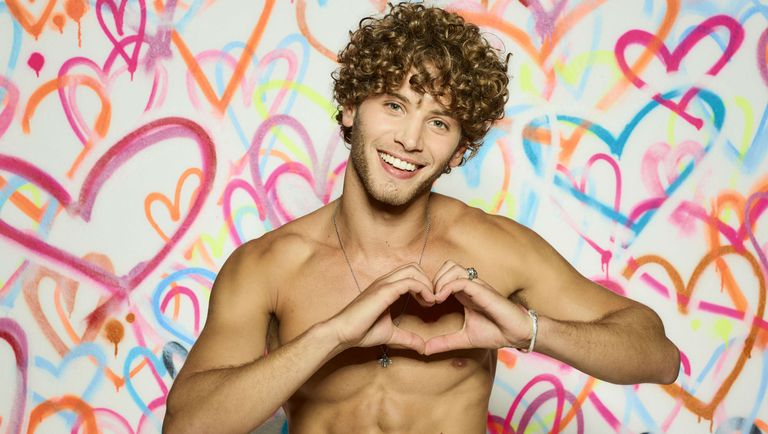 The curly-haired model Eyal Booker has already worked with brands such as Bang+Strike and Adidas. W Model Management, Nevs Models, Brick Models, and Full Circle Models Cape Town are some of the modeling agencies which have signed him. Currently, Eyal Booker is on the fourth series of the dating contestant show Love Island. Eyal was a member of the pop band EverYoung that was formed in 2012. Hence, he already has tasted fame, and with his appearance on this year’s Love Island, his fanbase has started to rise more. He has already amassed over 685k followers on Instagram.

Female admirers are keen to know Eyal Booker dating affair. Also, they are concerned about the relationship between him and Hayley Hughes. So, has Hayley Hughes already become Eyal Booker girlfriend? Get to know the facts along with Eyal Booker wiki, bio, age, height, parents, and nationality.

Eyal Booker Dating Affair: Who is His Girlfriend?

The 22-year-old model, Eyal Booker, has some ex-girlfriends. He has been in a mixture of flings from a couple of weeks to six-eight months. Eyal avoids one night stands and cheating. He even said:

“It’s not really okay but when you’re young and finding out about life and your relationships might not mean as much as when you’re older, as long as you’re honest and stay true to yourself then I think everyone deserves a second chance.”

Eyal had dated former Love Island contestant, Tina Stinnes shortly after her stint in the series in 2016. They had immediately hit it off after meeting through a mutual friend. Unfortunately, Tina wasn’t meant to be Eyal Booker wife. Hence, the ex-duo split up and Eyal is trying to find a new perfect girlfriend in the ITV2 dating show.

Eyal Booker Partnered with Hayley Hughes: Are They Dating?

Eyal Booker is the contestant of Love Island who is coupled up with Hayley Hughes. When he entered the villa, he was taken by Hayley. The attraction was mutual between them. Eyal considers himself as a deep and thinker while Hayley struggles to understand most words in the English language and let alone any form of abstract thinking.

After revealing that Hayley was done with Eyal, she quickly changed her mind after the announcement of recoupling and decided they should try harder. It worked, and Eyal then chose Hayley again, keeping her place in the villa safe. Hayley rewarded him with a snog but quickly blabbed to Wes and Laura that she couldn’t even stand the way he breathes.

Eyal was very taken with a new girl, busty, juicy lipped, Megan. His game won the girl when it came to recoupling but Alex hasn’t given up, and Megan remains uncertain if she made the right choice with Eyal.

Eyal Booker was born in the year 1995 in London, England. He celebrates his birthday on 2nd August, which makes his age 22. He belongs to white ethnicity.

Eyal was raised in London with two older brothers named Tal and Ariel, and a  sister named Oriane. When Eyal was very young, he joined the kids’ agency called Truly Scrumptious along with his two older brothers. Information about Eyal’s parents and family background is missing.

Eyal played in a band called EverYoung which was signed by the independent record label Seymour Place Music from the year 2011 to 2015. He even attended the Sylvia Young Theatre part-time until the age of sixteen.

Eyal is decently tall with a height of 5ft 9in.