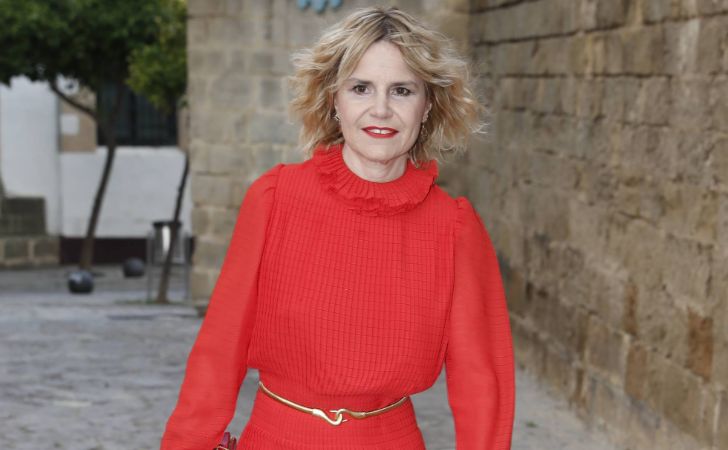 Everyone knows about the essential identity of the elegant diva, but what about her married life and net worth? So, today, we give you brief details about Eugenia Martinez de Irujo.

The prestigious Eugenia Martinez de Irujo accumulates an astonishing net worth figure of $20 million as of 2019. Impressively, she is an influential aristocrat and works as public relations for Tous Designer House.

Irujo holds a superior position in the government hierarchies, courtesy of her title of 12th Duchess of Montoro. With such a prestigious job, she enjoys a lavishing lifestyle from her staggering fortune.

The 50-year-old Madrid duchess lives in the neoclassical palace in Madrid, Liria Palace. Specifically, it is the ancestral residence of the Dukes and Duchess of Alba. Furthermore, her siblings, Carlos Fitz-James Stuart, 14th Duke of Huescar, reside at the historic castle of the 1770s.

Well, it isn’t a surprise that the millionaire Irujo owns yet another house. Along with the ancestral residence, she also spends a lot of her time at her large house at La Pizana, Gerena. Located in the province of Sevilla, she often visits her residence to relax.

The influential persona, Eugenia Martinez de Irujo married her boyfriend, Narcis Rebollo Melcio, on November 17, 2017. The 12th Duchess of Montoro exchanged her vows with her soulmate at A Little Wedding Chapel in Las Vegas, Nevada.

While she serves in the higher government posts as the duchess, her husband is the President of Universal Music Spain and Portugal. Recently, they completed their second anniversary together, and we wish them a lot of happiness to be together for eternity.

The multi-charismatic diva didn’t share resounding luck in her first marriage with Francisco Rivera Ordonez. She was just 30 when she decided to tie the knot with Rivera on October 23, 1998. Surprisingly, the vast wedding ceremony in Seville was broadcast live on Spanish television.

Introducing you to the first spouse of Martinez, Fran Riveria was a professional bull-fighter with his family background in bull-fighting. The former duo met for the first time in 1993 and started dating before hitching.

You may also like: Landon Liboiron: A new millionaire in Hollywood.

Following a historic and widely-gossiped wedding, things seemed perfectly fine for Martinez and her husband. They also gave birth to a daughter, Dona Cayetana Rivera Martinez de Irujo, on October 16, 1999.

Things, however, didn’t stay the same because Rivera wasn’t entirely faithful in their relationship. Thus, after four years, the pair finalized their divorce.

The 12th Duchess of Montoro, Eugenia Martinez de Irujo used to date another bull-fighter, Luis Gonzalez Conde, in her twenties. Conde was her first serious boyfriend, but things didn’t pan out the way they wanted.