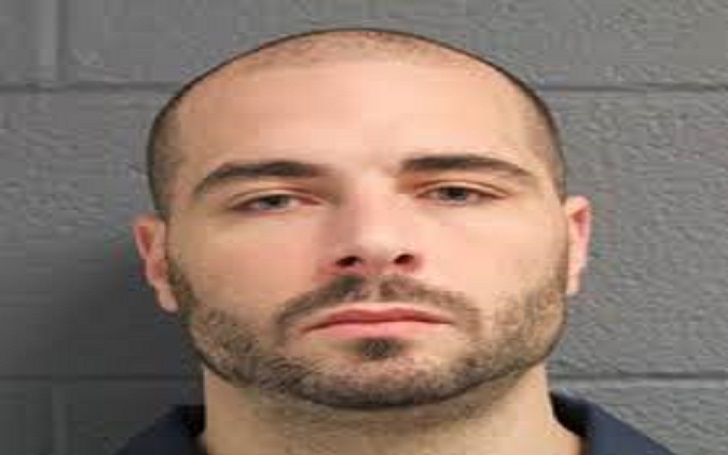 Whitney Scott Mathers’ father is Eric Hartter and he is a Tattoo artist. Eric Hartter is quite a troublesome man. Besides Tattooing, Eric was involved in criminal activities like drugs delivery, obstructing an officer, and much more. His detail identification is still unaware to the world besides his family relatives and police department. But without a mere doubt, Eric Hartter’s daughter is Whitney Scott Mathers.

Eminem is not a real father of Whitney. No one can deny the fact that Whitney is Eminem’s dearest daughter. Whitney despite being the daughter of Eric Hartter, didn’t have a chance to spent her time with father Eric. Eric Hartter even couldn’t make it to the hospital during the birth of his daughter Whitney Scott Mathers. At the time, Eric was in the run for drug dealing charges and had an arrest warrant on his name.

Though Whitney Scott Mathers’ father is Eric Hartter, she has not her father’s name in the birth certificate. Whitney Scott Mathers’ mother Kimberly Anne Scott had difficulties raising a daughter alone. After six months, prior to the birth of Eric Hartter’s daughter on 16th April 2002, Kim again started dating her ex-husband Eminem. In a short period of time, Kim started living with Eminem and wed once again in 2006.

As Kim Mathers had also legal issues, Eminem took the full custody of Eric Hartter’s daughter Whitney Scott and raised her as his youngest and dearest child. Whitney’s father Eric was not allowed to see his daughter and couldn’t even fight legally for his daughter.

If Eric Hartter was to process the visitation rights to see his daughter, then he would be arrested first. Warrant Officer Clint Rice, who had the duty to bring Eric Hartter to Police Custody, said:

Eric Hartter is wanted on a felony warrant from our city for possession with intent to deliver drugs, resisting and obstructing an officer, operating when impaired, and also giving a false identification to a police officer

So, the newly born, Whitney had no any idea about her real father and how he looks during most of her time.

So what is the relationship between Eric Hartter and Whitney Scott Mathers’ mother Kim Mathers? Were they married or had an affair? Let’s learn the facts:

Kim and her twin sister Dawn Scott got stuck with Eminem in his mother’s location after they fled away from their home at the age of 13. During the partnership, Kim and Eminem gave birth to their daughter, Hailie Mathers in 1995. Nearly after four years, they married each other in 1999.

However, the relationship between Kim Mathers and Eminem didn’t go well and finally, they split in 2001; two years after they married each other. Kim Mathers then met Eric Hartter and were in a relationship. Though they were in a relationship for short period, they had a child together; a daughter Whitney Scott. As Eric stayed hidden due to his criminal activities, Kim again wed Eminem in 2006. Finally, Eminem took legal guardianship of Eric Hartter’s daughter, Whitney.

Eric dated Kimberly Anne Scott after Kim divorced her husband Eminem in 2001. They gave birth to a daughter, Whitney Scott on 16th April 2002. Kim had an affair with Eric before the divorce with Eminem, as the rumor swirled around at the time.

Eric had an arrest warrant on him during the birth of his daughter for drug dealing charges, resisting and obstructing an officer, and giving a false identification to a police officer.

As a Tattoo artist and drug dealer, he must have earned some money before the arrest. So far, Eric Hartter’s net worth is behind the curtains.

We will update you further once Eric Hartter’s wiki information becomes public.