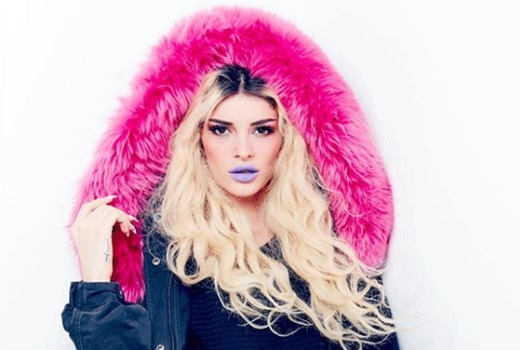 After Era Istrefi released her hit single ‘BonBon,’ she gained international recognition. People began comparing the singer/songwriter to the likes of artists like Rihanna and Sia. Following the success of the song, American Record Labels Sony Music and Ultra Music immediately signed the singer. Besides her professional career, do you know anything about Era Istrefi love affair? Is Era Istrefi dating someone? Who is Era Istrafi boyfriend?

Along with the dating life, explore the figure of Era Istrefi net worth. Without further ado, discover Era Istrefi bio, boyfriend, dating affair, net worth, height, songs, and wiki facts.

Who is Era Istrefi Dating?

At the moment, Era Istrefi is single. She is busy writing songs and making music. Hence, she is dating her music boyfriend without even being in a commitment.

Previously, Era was in a relationship with her manager Faton Shosi. During their affair, they officially confirmed that they were not together, but there were several reports about them dating and hiding their relationship.

How much is Era Istrefi Net worth?

As of now, Era Istrefi net worth is estimated to be over $1 million. Era owns an Audi A5 that costs $42,600 and Cadillac that costs between $34,705 to $90k. Within a short period, she has achieved a huge name and fame and considering her big upcoming projects; we can assume she has a bright future.

Era Istrefi net worth will rise over the year as she is still active in her career. Hence, stay tuned to us.

In 2013, Era made her debut in her native country with “Mani për money.”  A few months later, she released a follow-up recording with a music video, “A Po Don?” Then she released her third single “E Dehun.” Upon its release, “E Dehun” assured Era three Videofest Awards, including one for “Best New Artist.” In December 2014, the singer made the pop ballad “13”. Its music video had almost 200,000 views within 24 hours on YouTube which later resulted in its featuring on V Magazine. The same year, she expressed her support of LGBT rights. In 2016, she received Albanian citizenship.

On 31 December 2015, Era released her single “BonBon” with a music video for which she got international recognition. The song went viral on social media. She then signed to American labels Sony Music Entertainment and Ultra Music in February 2016. According to reports, Era will be collaborating with RCA Records for her upcoming debut studio album. In June 2016, she released an English version of “Bonbon.”

#Liveitup the #WorldCup official song with @willsmith , @nickyjampr & @diplo is out now🏆!!! Click the link on my bio ♥

On 24 February 2017, Era released a new single titled “Redrum.” A few months later, on 29 September, Era released another new single, titled “No I Love Yous” with rapper French Montana. On 21st of May, 2018, it was announced that Era had joined with Will Smith and Nicky Jam to release the Official FIFA World Cup Song on 25 May.

For the music video of her third single “E Dehun,” she received criticism from the Serbian Orthodox Church. The video shows Era semi-nude dancing around the abandoned Church of Christ the Saviour, Pristina. The Serbian Orthodox Church said her actions were “demonic.” Astrit Ismaili reacted saying he had the permission to shoot the video in the entrance of the church and he wasn’t trying to offend the Serbians.

In 1994, Era Istrefi was born in Pristina. She celebrates her birthday on 4th of July. She was born to Suzana Tahirsylaj (a Kosovar singer during the 1980s and 1990s) and Nezir Istrefi (a journalist). In 2004, her father passed away which made her mother leave her career in entertainment. Her sister, Nora Istrefi is also a singer. She is Kosovo-Albanian.

As of now, Era is 23 years old. Her zodiac sign is Cancer. She has an attractive body with a height of 5 feet 9 inches. To connect with her fans, she uses Instagram and Twitter.