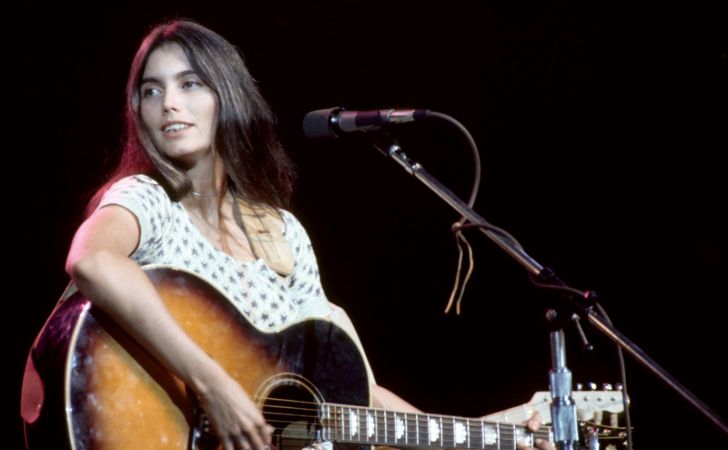 If you follow the American music, then you surely are familiar with Emmylou Harris, the 14-time Grammy winner. The multiple-award winner is active in the music industry for fifty-decades now.

Harris has probably conquered the music industry and leaves a great legacy behind her. However, the veteran musician didn’t share similar luck in her married life with a 100% divorce rate in her three marriages. So, today, we give you all the details about the troubles Harris faced in her roller-coaster married life.

The dashing singer, Emmylou Harris, tried her luck in marriages for three times but failed to work out in any of them. Despite that, she often calls herself ‘an excellent ex-wife.’ Surprisingly, she still shares a great relationship with two of her past husbands and claims them to be her best friends.

Even though she couldn’t sustain her marriages, her career boomed from those experiences.

Emmylou Harris experienced her first marriage in the year 1969 to a fellow musician, Tom Slocum. Following their married life, they moved to Nashville to spend their life.

Soon after they bonded, Emmylou and her husband welcomed their first child, Mika Hallie Slocum, on March 15, 1970. Unfortunately, their blissful marriage disrupted within no time as they finalized their divorce in 1970.

That did open the gates for her musical career since she recorded her first album, Gliding Bird. Likewise, her ex-husband also wrote songs to her. Familiarizing you about her husband, he released his album, 1st Collection, in 1984.

Following her entry into the music industry, she also met Gram Parsons and collaborated with her to release a album, GP, and even toured together. However, an unfortunate incident hurdled their way as Parsons passed away in 1973.

The record producer helped Harris to produce her first label, Pieces of the Sky, in 1975. Similarly, she further initiated a band, Hot Band, after Warner Bros agreed on it. Throughout their marriage, they made further songs like White Shoes in 1983, which got a wide range of audience support.

Harris and Ahern enjoyed their marriage while it lasted. Impressively, the singer also welcomed her second child, daughter, Meghann T.Ahern on September 9, 1979. Her daughter is 40 already and works as a screenwriter.

They didn’t give birth to any children like Harris’ earlier marriages. But, they did move to an old house on a tree-lined street at Music Row in 1991. Unfortunately, after eight years of their marital affair, they finalized their divorce through mutual consent as they weren’t entirely happy.