Skip to content
Home » News » Emma Roberts Shared About Her Newly Born Child Name. Here’s What You Need To Know! 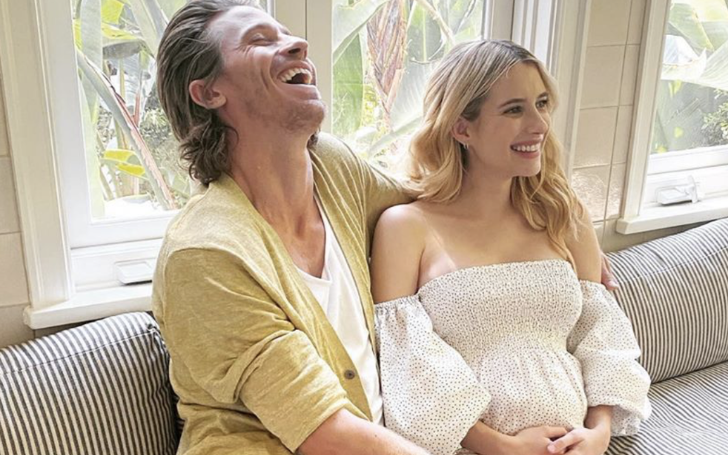 Emma Roberts and her boyfriend, Garrett Hedlund, welcomed their first child and announced their child’s name via Instagram.

Emma Roberts gave birth to her first child with her boyfriend, Garrett Hedlund, on December 27. The information was confirmed by MailOnline.

The 29-years-old actress also shared the name of her newly born child, Rhodes Robert Hedlund through via Instagram. She said it was the best thing that happened in the year 2020. The Holidate star also shared a picture of her baby.

She captioned the photo: ‘Thank you 2020 for getting one thing right ☀️ Our bright light Rhodes Robert Hedlund.’

It seems the American actress is very happy to share the name of her newly born child to her beloved fans. As you can also see that in the above picture that both of them looks adorable. Don’t you think?

Roberts had also shared about her pregnancy with her beloved fans
Image Source: Famous Times

Many fans were curious to know more since the gorgeous actress announced her pregnancy. And, now the news about their child arises, their beloved fans started to congratulate them and also send them caring and supportive comments.

Emma Roberts and the Troy star are too excited to become the mother and father of their child and are looking forward to it. Moreover, the lovely couple started to date each other in early 2019 and had been gone through many ups and downs.