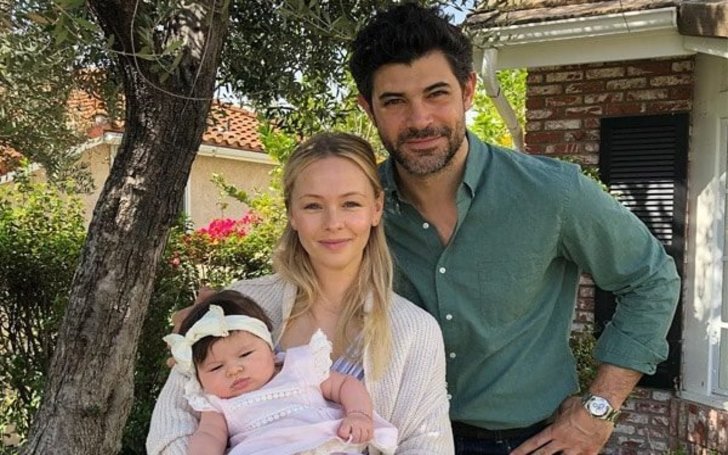 The beautiful Emily Montague who was able to win hearts through her roles in movies like Fright Night, Days Of Our Lives, and Fright Night among the others is an actress born and bred in New Jersey.

Although Emily didn’t continue her acting career for the long-term, she was still able to establish a place in her fans’ hearts. And, since it’s been a while since she decided to take a break, her fans must be wondering about Emily’s whereabouts.

Emily Montague Married With A Child

Actress Emily Montague has been happily married to her husband of five years, Damon Dayoub who she happily tied the knot in May 2015. And, unlike her previous marriage with Chris D’Elia, Emily seems to have found her happiness in Damon.

After all, why wouldn’t she right as Emily shares a child with Damon. The husband and wife started their family in December 2017 when they welcomed a daughter named Ava James Dayoub. Emily is also quite fond of sharing her family pictures on social media.

Also See: Who Is Kaitlin Olson Married To?

And, only in May 2020, the parents of Ava celebrated their fifth year together as life partners. Emily made sure to pay a tribute to her love with an adorable caption by sharing their wedding pictures.

In addition, Emily was married to former husband Chris D’Elia for five years before they divorced in 2010. The two walked down the aisle in July 2006 to spend the rest of their life together. Sadly, Emily wasn’t made for Chris.

Apparently, having kids was what caused problems to the couple to split. Whilst one wanted to start a family, another didn’t. And, since both of them couldn’t come to the right decision making, they thought it was best to part ways.

What Does Emily Montague Do Today?

Since Emily Montague has been inactive with her acting career today though she earned fame and money both, she has been involved in other ventures. And, when there’s a will, there’s way, right.

Speaking of which, Montague today works as an esthetician at the Beverly Hills, Los Angeles based beauty parlor called Shani Darden Studio which was founded by Shani Darden in June 2019.

And, it seems like Montague is one of the valuable workers of the company. Not to mention, the mother of one is also usually promoting Shani Darden’s products to her thousands of fans. And, this definitely earns her more profit and bonus to Emily’s salary. Well, Montague can be estimated to have a net worth of $200,000.

Stay tuned and connected to CelebsCloset for updates and stories.