Skip to content
Home » Entertainment » Emily Henderson’s Prepossessing Married Life With Her Husband And Children, Her Instagram is Full of Exotic Design!

Emily Henderson’s Prepossessing Married Life With Her Husband And Children, Her Instagram is Full of Exotic Design! 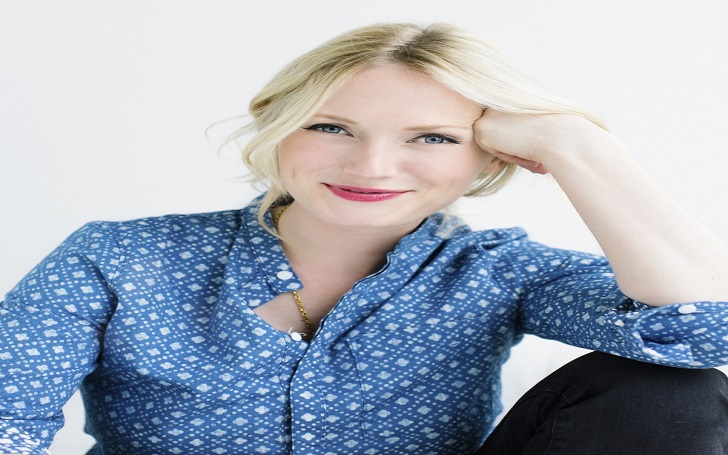 It’s very rare to find the situation where people’s love life, in the end, changes into suitable married life leading to happily ever after which only occurs only in fictional stories. And that situation turned out to be real in Emily Henderson’s life.

Henderson who is a top-notch designer has a perfect life with her husband and kids, and if you want to know more details about her personal life, you are in the right place.

Emily has been a stylist, author, T.V host and currently is an interior designer. She is living with her husband and two children in Los Angeles. She shared a post on Instagram of her designing work.

On August 31, 2015, her fifteenth anniversary, Henderson shared her love story through her blog. Brian Henderson was Emily’s longtime boyfriend who turned into her husband. Emily and Brian first met at the University of Oregon, in the year 2000.

“I am going to marry this man. He felt like home, instantly and I was immediately in love.”

They dated each other for six years and eventually married on September 23, 2006. She said something regarding her marriage on her blog;

“It was the best, laid back, low key, wonderful night of my life – before Pinterest, blogs, pressure, or options. It was perfect for us. He was, and is, the best man I’ve ever met and I knew how lucky I was to be locking him down so young.”

Like other couples, Emily and Brian had some disputes in their relationship, but she revealed the strength of her relationship through her other blog as:

I guess what has  kept us together, besides the basics – our genuine like for each other, open communication, respect, kindness, unconditional love, sacrifice, trust, honesty, endless fun, shared love and obsession of our child, etc – is that we talk about our problems pretty openly and consistently

Emily showed her goal for her children:

Likewise in her blog, she shared about Brian being a good father to her kids;

He was and still is, the best dad that I’ve ever known. He is caring, patient, attentive, responsible, hardworking, sacrificing, full of compromise, and intelligent conversation with both me and our kids. We’re on the same page and we created this extremely loving, happy family and home. The first year of Charlie’s life I was so smitten by him. Being a good dad is endlessly attractive and I spent hours staring at him thinking thank God I married this guy

Emily who is also active on Instagram often shares some feeds of her kids on her Instagram.

Wellness versus science is something that comes up often these days and I’ve partnered with @johnsonsbaby to discuss it. You don’t have to choose one or another. Head over to the blog and read all about that controversy and how I feel about it. #EverWonder #ad

Emily Henderson and her husband are undoubtedly having a blissful married life with their children and family, and we wish nothing but the best for the couple.

A Short Bio of  Emily Henderson:

Emily Henderson was born on September 1st, 1979 in Oregon. She is a television personality and a home style expert. Before gaining fame, she had a liberal arts degree and worked on an odd part-time job before landing her first job as a stylist.

According to the Wiki, Emily was the season five champion of HGTV designer star which made her famous. She then hosted her own series “secrets of a stylish.” From her series, she would transform one room into three different spaces mixing both classical and contemporary design. Emily publicized her interior designing book styled: secrets for arranging rooms, from tabletops to Bookshelves in October 2015.