Skip to content
Home » Entertainment » Is the Game of Thrones star Emilia Clarke dating anyone from her TV show? Is her boyfriend also her co-worker? Good news is that Emilia is joining Hans Solo stand-alone film!

Is the Game of Thrones star Emilia Clarke dating anyone from her TV show? Is her boyfriend also her co-worker? Good news is that Emilia is joining Hans Solo stand-alone film! 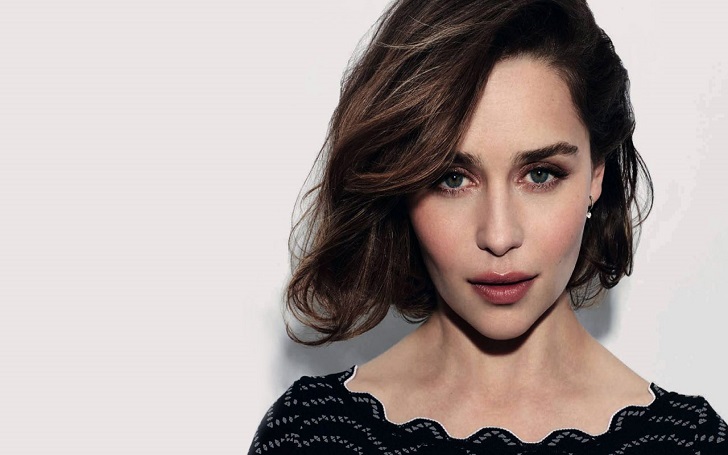 Emilia Clarke is said to be today’s most beautiful women alive. She has set fire on many hearts by her bold yet kind role of Khaleesi in the biggest TV series of this era, Game of Thrones. Is there any possibility that there is a new fan who has set Emilia’s heart on fire? Is she dating anyone to be calling him her boyfriend?

Also, there have been rumors that her boyfriend is her co-worker. Let’s get more of her updates.

It looks like the dating rumors of Emilia Clarke and Kit Harrington have resurfaced once again. They make a great pair on-screen, but they do not seem to be dating in real life anytime soon. And Yes, we feel equally heartbroken on the news. 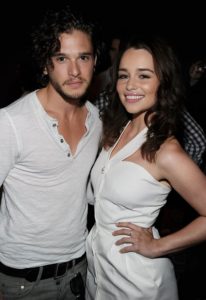 The news resurfaced as both the pair were selected as the face for a campaign by Dolce and Gabbana which launches the company’s new fragrance called The One and The One for men.

Kit Harrington was officially dating Rose Leslie until 2016. There of rumors of the couple breaking up because of Emilia Clarke. But no confirmation from any of the actors is found which means that they all are just made up stories. Lastly, here’s a saying,

“Stories do come from somewhere too.”

Emilia isn’t currently looking for love. She says that her career makes it “Impossible” for her to find date time. Well, if you say so Khaleesi, we love you no matter what!

Emilia Clarke was previously rumored to be dating many hot celebrities like Jai Courtney in 2015, Cory Michael Smith in 2014, Jared Leto in 2014 and also James Franco in 2013. But she claimed all of these to be rumors, the only relationship she talked about a bit openly is with her ex-boyfriend Seth MacFarlane.

Emilia and Seth met in September of the year 2012. They dated for about six months when her busy career as an actress started burning holes in their relationship. She was busy shooting Game of Thrones in Europe while James was California based, so they split up in March of 2013.

We claim this to be official news because she says in an interview with Marie Claire,

“Well, a con is you have strangers giving you love-life advice like, ‘I’m a big fan of the show, and I’m not sure what you’re doing with that guy (Seth MacFarlane).”

Even though they broke up, and has no relationship that of boyfriend and girlfriend but they are still friends, and Seth is said to be a huge fan of Game of Thrones.

It is given that with talents as blessed as Emilia possess, she was bound to keep getting good projects till her last days. She is now going to appear in Hans Solo stand-alone movie Star Wars as well. She is to be appearing in the upcoming and anticipated Star wars sequel of the Star Wars trilogy.

The Hans Solo movie will be directed by Phil Lord and Christopher Miller. We all are excited to watch Emilia portray even more of amusing characters. This movie is assumed to be released in 2018. On speaking of Hans Solo Star Wars movie, she has been saying,

“I genuinely can’t tell you anything other than Alden is magnificent, and it’s a delight to do something on that level with really cool actors and nice people. But it’s even scarier talking about that than Game of Thrones”

We wish her all the best for her upcoming roles.

Emilia Clarke movies and net worth!

Emilia Clarke was Born in London, but later she moved to Berkshire and grew up there. She gained her interest in the acting field because of her father who worked as a sound engineer in dramas and shows.

Her first role was in a play by the Company of Angels.  She made her debut in an early age in the TV shows by a guest appearance in one episode of Doctors. In 2010, she had a lead role in movie Triassic Attack and was nominated for some awards because of it.

However, her big break will always be her role of Daenerys Targaryen in the HBO series called Game of Thrones. She has gained recognition for her acting by being nominated and even winning some awards like Primetime Emmy Awards for Outstanding Supporting Actress in a Drama Series, Screen Actors Guild Awards, Critics Choice Television Awards for Best Supporting Actress in a Drama Series. By 2017, she became the highest paid TV actress by earning $2million per episode of Game of Thrones.

She has also acted in movies like Terminator Genisys and Me Before You. She obviously has a grand net worth. Her huge success grants her a net worth of $34 million dollars.