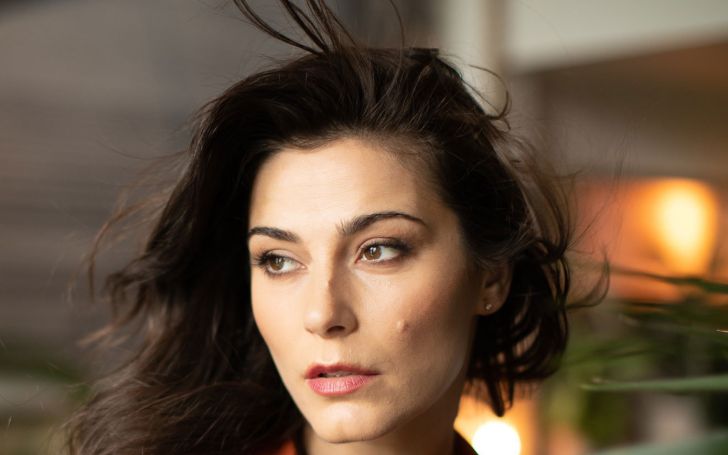 Canadian actress Elysia Rotaru impressed the audience with her amazing acting skills and won the hearts of millions of fans within a short period.

Rotaru’s amazing talents are not hidden from the fans. However, her personal life is still a mystery. So, read on to find about her relationship status and other aspects of her personal life.

The Beautiful Actress is Taken

The Arrow actress Elysia Rotaru is happily married to actor Ryan Williams since 2018. The lovebirds exchanged vows at the riverside in the presence of close friends and family.

For the big day, the bride chose an A-line white dress with a full sleeve lace top. Meanwhile, the groom kept it casual and wore a white shirt and black bottoms.

Rotaru and her then-boyfriend now-husband made a lifelong commitment after years of dating. The couple was always open about their relationship and regularly shared their pictures on their social media accounts.

The pair is together for the past several years; however, the love between them is only growing. In a recent interview with Bello, the actress can’t stop gushing about her husband. She stated that one of the biggest inspirations in her life is her spouse.

The actress said that her life partner has strong work ethics not only as an actor but in other aspects of his life, including his hobbies. So, she learns a new thing every day from him.

The romance of Elysia and her beau is swoon-worthy. Hope they continue to have a sucessful love story in the future as well.

Ryan S. Williams is an actor and model. He is known for his work in shows such as Supernatural and Copper.

The actor is an amateur golfer as well and won British Columbia Golf Champion. According to his wife, he is an excellent chef as well.

Rotaru Holds An Impressive Net Worth

Rotaru is only a decade old in the entertainment industry; however, she is already in some of the biggest shows. She has worked in Smallville, Supernatural, and iZombie.

The black-haired beauty, however, is best known for potraying the character of Taiana Venedkitov in the CW’s hit show Arrow. In the show, she plays the love interest of the main lead Oliver Queen played by actor Stephen Amell. Stephen earns $125,000 per episode, so the supporting actors such as Elysia are most likely to earn $15,000-$20,000 per episode.

In addition to working on television, Ms. Rotaru worked in movies such as Diary of a Wimpy Kid: Rodrick Rules and Countdown. Not only that, she is a celebrated voice actor, who has given voice to animated series, commercials, and movies.

One of her best-known works is providing a voice to She-Hulk in animated series Marvel Super Hero Adventures. The average salary of voice-over artists in the USA is $35,360 a year.

Rotaru’s hard work paid off literally. From these works, she is able to accumulate an impressive net worth of $800 thousand.