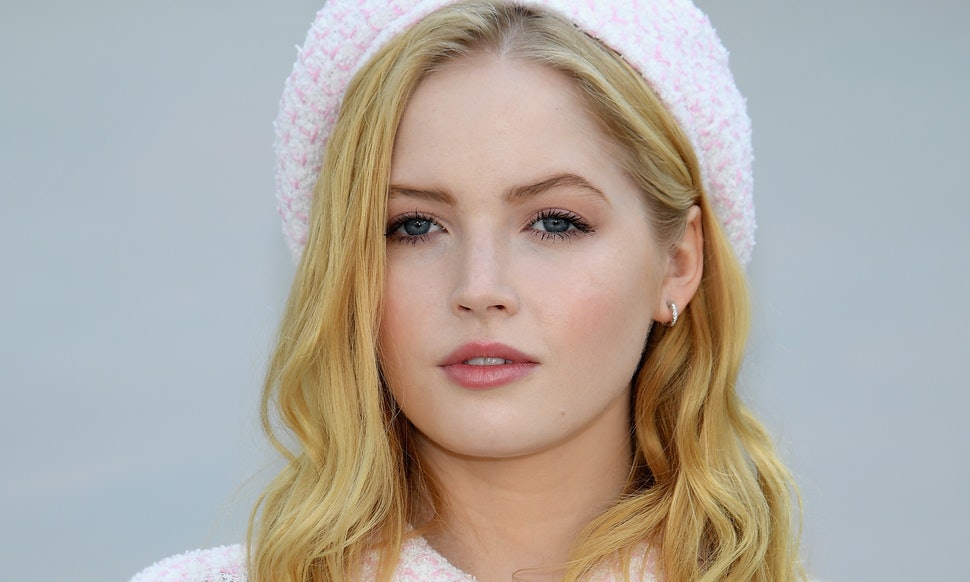 Ellie Bamber is a prominent, young, and beautiful English actress who is famous for her movie, Nocturnal Animal. It has not been a long time she has entered into the industry but has already having a head start. Along with her musical theatre, television and film career, Ellie has also collaborated in the creation of the band Annoy the boy, co-writing original numbers and releasing an EP on Union Records.

The relationship of celebrity conveys different messages among different people. Sometimes it is just a publicity stunt, and sometimes they do make some inspirational one. But what about Ellie Bamber dating history and relationship? Does she have a boyfriend? Is she dating someone? The actress was rumored to be dating the new James Bond, but how accurate is it?

Let us find out the answer along with Ellie wiki-bio, career, and net worth;

Talking about Ellie Bamber personal life, she is reportedly her boyfriend, Richard Madden. A little while back the couple was spotted together at a resort on the Spanish party. They were seen kissing publicly, so firmly embraced and gave romantic kiss shows that they are not just a friend.

According to Daily Mail, the couple was in Ibiza enjoying and celebrating DJ Jonas Blue’s 28th birthday. But the duo is yet to reveal about their relationship.

Richard recently touched cryptically on his relationship with Ellie in an interview with The Sun, revealing:

The couple is notoriously tight-lipped about their romance but confirmed they were dating last August when they were pictured locking lips on a beach in Ibiza.

More recently they were seen looking cozy and holding hands at the Serpentine Gallery Summer Party in June this year.

Currently, Richard has been tipped to become the new James Bond following Daniel Craig‘s final stint in Bond 25 in 2020. And Richard enjoyed time off from his work schedule with his girlfriend Ellie Bamber at celebrity hotspot The Chiltern Firehouse in London on the 13th of October 2018.

Ellie Bamber started her career from her school days as she became the youngest member of the London Player’s Theatre Company. When she was at the age of 13, Ellie was chosen to portray the character of young Jenny in the drama Aspects of Love at the Menier Chocolate Factory.

Ellie appeared in the musical theater as well. She played the lead in High Society at The Old Vic, London, a musical directed by Maria Friedman.

Ellie made her TV debut in the year 2012 in the ITV two-part A mother’s son where she played her role. She played the role of Lydia Bennett in the movie Pride and Prejudice and Zombies.

Recently in the year 2017, Ellie appeared in the music video for the song nothing is holdin’ me back by Shawn Mendes.

Ellie has appeared in many movies and television series till the date. She has also performed in theatre and music videos. Ellie has earned a right amount of money from her profession.

As of 2018, Ellie Bamber’ net worth is reported to be around $1.5 million. Ellie is definitely earning a huge amount of money from his professional acting career.

Ellie Bamber was born in the year 1997 in Surrey, England. Her birthday falls on the 2nd of February, which makes her age 21.

Her parents raised Ellie along with her younger brother, Lucas. The name of her parents hasn’t revealed, but she keeps on posting the picture of her brother on an Instagram account. She is a fun loving person with a decent height of 5 feet and 6 inches.

Happy Birthday Lukie!! Your light shines so bright. You bring happiness, kindness and laughter to my days, near or far. Thank you. Love u bro x @lucasbamber

Ellie went to Hawley Place School and Wellington College having been awarded Drama Scholarships at both and although being a strong academic student, she left education before going to university to pursue her career.