Elizabeth Debicki Bio Reveals: Found A Perfect Boyfriend To Walk Down The Aisle? 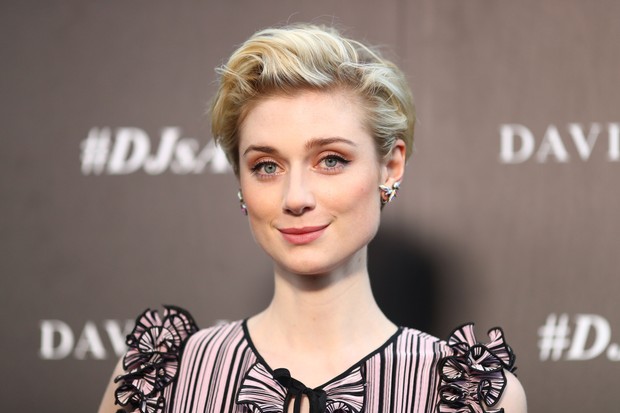 The famous Australian actress Elizabeth Debicki is well-known for being one of the stars of the movie named Everest. She debuted in the entertainment industry from a film titled A Few Best Men. Likewise, Elizabeth now has significant money and luxurious lifestyle.

But what about her personal life? Recently in an interview, Elizabeth opened up about the certain qualities in her boyfriend. She is seeking for the conditions that every girl wants to look in her ideal partner. Well, different people have different choices, so the qualities you find might also be different.

Elizabeth Debicki hasn’t married anyone, and she doesn’t have a child till the date. In an interview, Debicki revealed that she wanted to date the one with whom she could have an intelligent conversation.

When it comes to her dating history, Elizabeth prefers to keep her lips tight. She was once rumored to be dating an English actor, Tom Hiddleston. The duo came together in an award shoe, and their chemistry was so adorable which made the headlines. However, there was nothing between the couple.

Currently, Elizabeth is single. She is an alluring lady, so it is difficult to state that if she has dated anyone or not. Since there are not any details about her dating affair with anyone, Elizabeth is thought to be living a single life at the current moment.

In an interview with The Guardian in October 2016, Elizabeth revealed that she is a private person. She told:

Have I got a boyfriend-slash-girlfriend? That’s very liberal of you. I don’t want to say anything. I’m really private.

About the qualities that she wants in her boyfriend or partner, she gushed:

I’ve dated shorter men and it’s not been a problem, but what I’m really looking for is a normal, honest, real person. I like intelligence.

We wish Elizabeth will soon find her man.

Elizabeth made her first film appearance in the 2011 movie A Few Best Men. A year later, she did a photo shoot for Vogue Australia. Debicki played Madame in the production of Jean Genet’s play, The Maids and won the best newcomer award at the Sydney Theatre Awards. She also got nominated for the 14th Helpmann Awards.

Elizabeth even played the role of Jordan Baker in the 2013 movie The Great Gatsby for which won the Australian Academy of Cinema and Television Arts for Best Actress in a Supporting Role. She played the lead role in an eight-hour television series, The Kettering Incident and a supporting role as Jed in The Night Manager. She will return for the sequel of Guardian of the Galaxy Vol.3.

Elizabeth has appeared in different television series and movies till the date. She earns huge enough to live a lavish life. But what’s the figure of Elizabeth Debicki net worth?

As of 2018, Elizabeth Debicki net worth is under review.

Elizabeth Debicki was born in the year 1990 in Paris, France. Her birthday falls on 24th August, which makes her age 28. She is of mixed ethnicity and has a tall height of 6 feet 2.5 inches.

Elizabeth was born to a Polish father and an Australian mother of Irish descent. Her parents were both ballet dancers. She moved to Melbourne, Australia along with her family. She is the first child of her parents and has a brother and a sister.

Elizabeth became interested in ballet at a very young age and trained as a dancer until deciding to act in the theatre. She went to Huntingtower School in eastern Melbourne and graduated in the year 2007.

Elizabeth completed her degree in drama from the University of Melbourne’s Victorian College of the Arts in the year 2010.