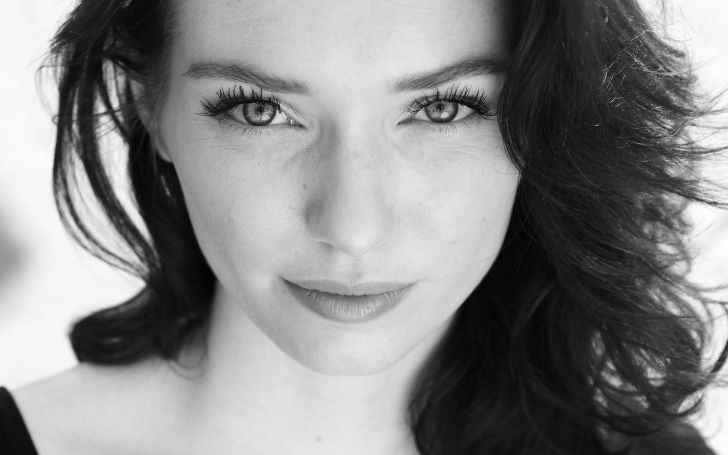 Eleanor Tomilson is an English actress, who first debuted in the movie ‘Falling’ (2005) as Little Daphne. Below we provide you all the information about Eleanor Tomlinson.

Eleanor Tomlinson with the birth name Eleanor May Tomlinson was born on 19th May 1992, in London, England. Her father, Malcolm Tomlinson is a horse racing commentator and an actor, where her mother, Judith Hibbert is a singer and actor. She has a brother, Ross Tomlinson, who is an actor mainly known for his performance in ‘Four Weddings and a Funeral’. She belongs to the English-White ethnicity where her nationality is English.

At her young age, with her family, she was moved to Beverley, East Riding of Yorkshire, England, where she attended Beverley High School.

Eleanor Tomlinson began her professional career with the role of Little Daphne in the movie ‘Falling’ (2005), which is her debut movie. After that movie, she got an opportunity to featured in the movie ‘The Illusionist’ (2006), as the role of Young Sophie. Later, she featured in ‘Angus, Thongs and Perfect Snogging’, the teenage movie, as Jas.

You can notice Tomlinson in CBBC’s science fiction television program ‘The Sarah Jane Adventures’ in the 3rd and 4th episodes of season 3 as Eve, which is her debut TV show. In 2010, she showed up in the movie ‘Alice in Wonderland’, which was premiered in theaters on 5th March. From this movie, her career changes, where she was admired for her performance, by both fans and critics.

In 2008, Eleanor Tomlinson dated Sean Bourke, where they met on the set of the movie ‘Angus, Thongs, and Perfect Snogging’. Their love life didn’t last long. Then after break up, she started dating Ben Atkinson, a professional horse trainer. In 2017, the British actor was once circled by the rumors, where she is seeing Adian Turner, where she locked her lips about the rumors. Later in 2017, she met Harry Richardson on the set of Poldark, then they started dating, where the duo separated after the 12 months.

The Snippet of Eleanor Tomlinson and Will Owen
Image Source: Daily Mail

Eleanor Tomlinson is 28 years old. As per reports from media outlets, now, she is in a relationship with a rugby player, Will Owen. Owen with 31 years old and Tomlinson are having a great time. According to sources, now, the couple is spending quarantine together. And for more information about them, then you can get through her Instagram.

Eleanor Tomlinson, an English actress, mainly known for featuring in the movie ‘Alice in Wonderland’ (2010). She has featured in many movies and TV shows, where some of them are blockbuster. So, we believe that she has gained more amount of money until now. As of 2020, Tomlinson’s net worth is estimated to be around $3 million.

You may like: Josh Altman Wiki-Bio, Age, Height, Wife, Kids, Net Worth, Book

Besides that, Tomlinson is still working in the film industry where she started her career since 2005. As we can say, she will definitely show up in her upcoming movies. So, we guess that the amount will rise.