Skip to content
Home » Entertainment » Egypt Sherrod has a blissful Married Life with her Husband and has a beautiful Daughter talks about her new show!

Egypt Sherrod has a blissful Married Life with her Husband and has a beautiful Daughter talks about her new show! 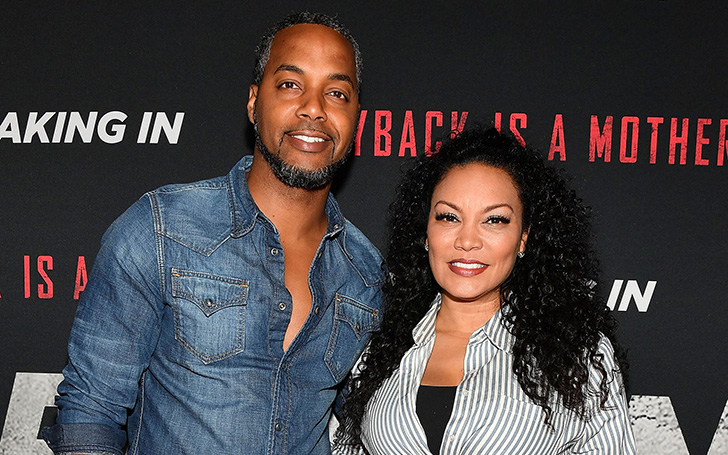 Skilled Television personality Egypt Sherrod has made a huge number of fans after playing in the TV show ‘Property Virgins’ for around 5 years as an interior expert and house realtor.

Many of Egypt Sherrod fans know a lot regarding her professional life but what about her personal life as her fans might want to know about her parents, husband, and children.

Egypt Sherrod’s Blissful Married Life with her Husband and Daughter

Extremely talented Tv personality Egypt Sherrod is married to Mike Jackson on September 11, 2010. She turned her longtime boyfriend into husband and still there are no rumors about their divorce or separation as they are having a blissful married life with no trouble.

Egypt and her husband Mike tied the knot on the top of Garrett Mountain, New Jersey at the West Country Club and the ceremony took place between friends and family.

Also Read: Jenna Wolfe and Stephanie Gosk are mother of two Daughters Despite being Lesbian? Why did Jeena Wolfe leave NBC “Today Show”? Know more about this couple.

Her husband is a skilled cook, and nickname is Falafel Jackson, and also a talented cook in their home. Not much info about him has been revealed.

They welcomed a baby girl who is now 5 years old. She was born on 12th January 2012 in New Jersey, and her name is Kendall Jackson.

After the birth of her baby girl, Egypt and her husband both were on cloud nine, and in an interview after the delivery she said;

“She is beyond beautiful, and the most perfect thing I’ve ever laid eyes on. I never knew a love like this could exist. My husband and I are so grateful to God for bringing her into our lives.”

Aside from Kendall, Sherrod is also the stepmother of Jackson’s daughter from his previous relationship. Nevertheless, she loves them equally and they are living as a happy family of four people.

Egypt who is also quite active on social media often likes to post exciting feeds regarding her show. For instance, when her husband was on her show she took to Twitter to post it.

…. When it's "Bring Your Hubby To Work" Day…. tee hee 😜😘 Love me some him! #FlippingVirgins @flippingvirgins @hgtv pic.twitter.com/c5VCRwh96v

Undoubtedly, we can say that they both are the cutest couple with a strong bond and we wish that bond is with them no matter what.

She appeared to have African-American ethnicity just like her mother.

There are many members in her family including her 5 dogs – Ace, Pepper, Siber, Dutch, and Newbie. She loves working out in the gym whenever she is not with her family. No wonder she has such a perfect figure and all credit goes to her extreme workout and diet.

She also has drastically had a weight loss following her pregnancy as well. In an interview with Pop Sugar on 2015 talking about her workout she said;

“It was my New Year’s resolution,”

As of 2018, the star is again pregnant and is posting several pictures of her pregnancy. Have a Look:

From being a real estate agent to a book writer

She has a great experience working in the sector of real estate and has appeared in various television shows that is mostly based on property business. And her shows are: ‘Property Virgins and Flipping Virgins’, Today’s Show etc.

She also hosted the popular show ‘Property Virgins’ for five years and she came back on TV with a new show called ‘Flipping Virgins.’

She wrote books on the topic of advising people how to get a good home, and the name of the book is “Keep Calm…It’s Just Real Estate: Your No-Stress Guide to Buying A Home.”

Other than this, she has been engaged in social works and activities, founded a non-profit organization, a regular columnist for Atlanta Magazine, and acted in a film named “Life, Love, Soul.”

Egypt Sherrod has an estimated net worth of $6 million as per Celebrity Net Worth. She is a TV personality from where she is earning a huge salary.

Besides, Egypt stands at the height of five feet seven inches and weighs 57 kg. She has maintained her body in a proper manner. She has an hourglass body shape. Likewise, as of 2018, her age is 42.