Edison Chen: Happily Living With His Wife And A Cute Little Daughter 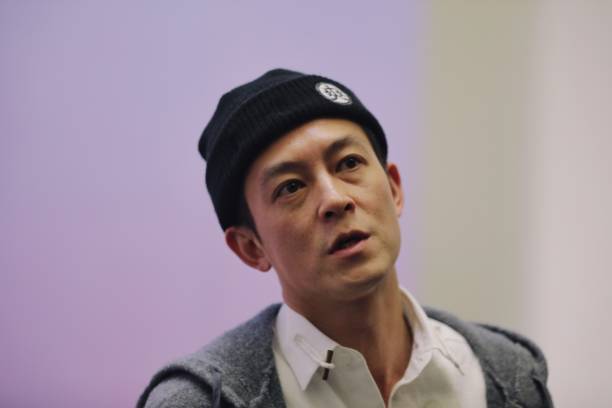 Canadian actor, rapper, producer, singer-songwriter, entrepreneur, artist, and fashion designer Edison Chen is the founder of CLOT Inc. and the CEO of Clot Media Divison Limited. Ten years ago, Chen was one of the most entertaining stars in Hong Kong and China. He once dropped off his laptop at a computer shop for maintenance. A technician found more than 1,300 private photos and video clips of  Chen and some female Asian celebrities. The sex scandal went viral. Overwhelmed and condemned by the media and public, he issued a public apology:

I will be away from Hong Kong entertainment indefinitely, and there is no time frame [for a return]

Since the sex scandal, he was expelled from the movie industry. However, he once again has come to the limelight after decade-long years. People are now surfing the internet to know Edison Chen married life. So, who is Edison Chen wife? What he does now? Know the facts along with Edison Chen wiki, bio, wife, children, net worth, age, height, parents, and family.

After a Decade, Chen is back as an entrepreneur. He is refocusing on the fashion retailer that he co-founded 14 years ago. He was at the height of his acting and hip-hop singing career then. Chen had worked with Cantipop star Andy Lau in the movie Infernal Affairs and was always in the media spotlight.

The Hong Kong-based streetwear company started with a “clotted” selection of lifestyle brands that were unfamiliar to the Chinese consumer. A year later, it launched its private line of products. The business started in 2006, and it brought American rapper Kanye West to Hong Kong for his only stop in Asia. Chen says:

We started out with an initiative to bridge between East and West China and America.

Chen recently spoke at a China-U.S. forum held by Global Students Development Associations on entrepreneurship at New York University, dressed in blue “Inner Peace” plaid shirt from his fashion brand and baggy jeans. It was a different experience for him to speak to an academic audience. He said:

“When I started Clot years ago, I said they were made in China. Everyone was like: That’s horrible.”

Edson Chen is married to a Chinese-born supermodel wife, Qin Shupei. The duo was romantically linked to each other in 2015 but began dating each other publicly in 2016. When they sparked dating rumors, Shupei was married to Zhao Lei, whom she divorced in 2015. Her ex-husband even accused her of cheating with Edson.

In January 2017, they both were expecting their first child together. In October 2017, Edson confirmed the birth of their baby daughter, named Alaia.

Though the duo hasn’t shared the date of their wedding, they are happily married as of now. On this year’s Mother’s Day, Edson shared a picture of his wife and daughter sleeping, and he thanked his wife for always holding him and his daughter, Alaia. He even mentioned his wife as his “inspiration.”

Edson, who stayed quite secret after the sex scandal, now flaunts his love for his wife and daughter most often.

Edson Chen Net worth and Sources of Income

At the age of 20, in 2000, Chen landed a record deal with Emperor Entertainment Group. His first hip-hop album, Please Steal This Album released in February 2004. He featured on M-Flo’s album Cosmicolor, on the track LOVE ME, HATE THE GAME with Cha, Thaitanium, and Ryohei Yamamoto. In 2009, he cameback with his album CONFUSION.

Chen appeared in a Leon Lai, for the first time in 1999. Then, he appeared in movies like Dead and Alive 2: Birds, Gen-y Cops, Fast and the Furious, The Sniper and many more. But what’s the figure of Edson Chen net worth?

Edison Chen was born in the year 1980 in Vancouver, Canada to parents Edward Chen and Carol Chen. He celebrates his birthday on 7th October, which makes his age 37. He has two sisters Tricia Chan Kin Chan and Olivia Chen.