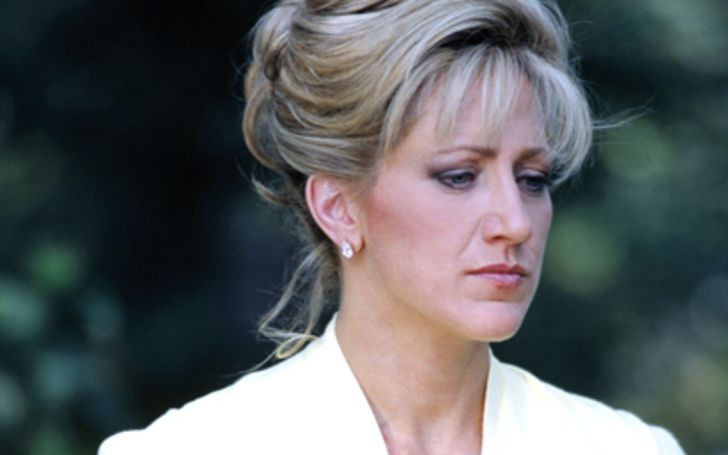 Edie Falco has a huge fan base amongst whom half are lesbians and are crazily in love with her. Does she confirm to be a lesbian? Or does she break everyone’s heart by announcing that she has a new lover in town? Get all the updates on this news.

Also, we have more about her cancer story and how cool of a mom she is. Read more to know about her success story as well.

American TV and movie actress Edie Falco was born on July 5, 1963, in Brooklyn, New York. Her parents were supportive and caring where her father’s name is Frank Falco and her mother Judith Anderson. 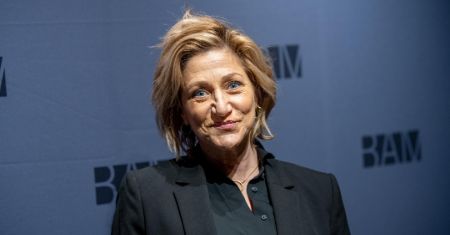 Edie was an early bloomer in the field of acting as she acted in plays at the Arena Players Repertory Theater along with her mother even as a child. 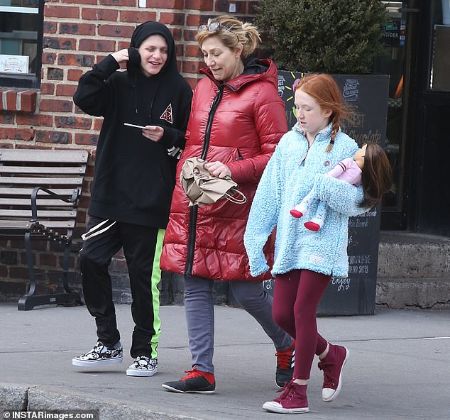 In an interview she says,

“If the main centerpiece of all of this is supposed to be love then I am living in a deluge of it — the friendships that I have that are, on the average, 30 years old, my family, my children.”

Digging more into her personal life we came to know that Edie has adopted two children, a son Anderson in 2005 and a daughter Macy in 2008. What’s more! Edie loves her children a lot. In some interview, she even says that:

“In my household, there is an insane amount of laughter and celebration. My kids have never seen me scream at anybody. They’ve never seen an argument. There’s never been even a cold silence.”

It seems that she really cares and loves her children. Don’t you think?

Recommended: Susi Cahn Married Life Likely To Take A Twist! Why Does Mario Batali Wife Remain Silent On The Sexual Harassment Allegations Against Her Husband?

Falco claims to be very happy and content with her life right now. She seems to be focusing on better things to do than to go around looking for love. This 57-year-old is in no hurry to get married either. Now her male fans can sigh in relief.

Since Edie is unmarried and is never said to be dating anyone yet, there has been a lot of rumors about her being a lesbian. She also has an enormous lesbian fanbase.

In the interview with The Daily Beast, she had something to talk about her lesbian fanbase. She said,

“I know. I’ve been told about that. It’s thrilling. Maybe it’s because my character on Nurse Jackie doesn’t take a lot of shit. Not that that means that’s a lesbian thing.”

Although she claimed that having a lesbian fanbase was thrilling for her, she cleared up the rumors about her being a lesbian by saying,

“I beg your pardon! I am so not going there. Wow. I’ve never heard it put that way either. But no. I’m afraid I like boys.”

She is quite good at slaying the rumors. She made her lesbian fanbase proud.

Hence, the dreams are shattered for her lesbian fanbase trying to rekindle the romance with her. But one can never stop loving Edie and her boldness.

Edie’s sharing her cancer story and how she overcame it!

Edie Falco was diagnosed with stage I cancer in 2003. After months and years of treatment, she became alright. She also had so much to share about her cancer experience. She said,

“Obviously, it wasn’t meant for me to die of cancer at 40. Every day my life surprises me, just like my cancer diagnosis surprised me. But you roll with it. That’s our job as humans.”

The actress keeps on inspiring us with her braveness and her new refreshing ways to enjoy life. We will forever wish for Edie’s health and her career to be even more blessed.

In her senior year of schooling, she played the role of Eliza Doolittle in a production of My Fair Lady. By now, she has made her career so high that she played in many hit TV shows like the HBO series Oz, The Sopranos, Showtime series Nurse Jackie and in the Louis C.K. web series, Horace and Pete.

She has also acted in stage plays like Sideman, This Wide Night, The House of Blue Leaves, etc. So one can only assume that Edie Falco’s net worth rose to a new height. As a Television personality, we believe she has been accumulating a heavy amount. From her acting career, the actress earns $91,401 a year, as per reports from ZipRecruiter.

As of now, her net worth is estimated to be around $40 million. Besides that, she is not available on any social media platforms.