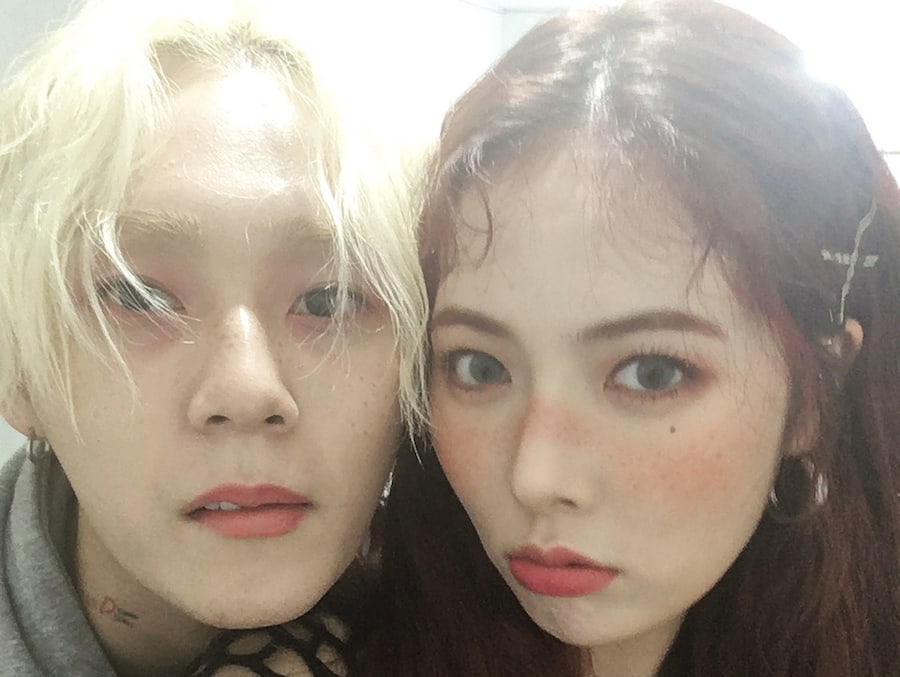 The band came into the spotlight after their self-titled debut mini-album including their hit “Gorilla.” Since then, every member of the band became a subject of concern for a huge number of fans. In fact, their millions of fans are surfing around to know E’Dawn’s dating relationship with fellow pop singer Kim Hyuna. Scroll down to know everything:

Now, millions of Pentagon fans are excited to know about E’Dawn dating relationship with Hyuna. The fans of the Korean pop are demanding over the explanation from the Cube Entertainment regarding the singers who have confirmed that they are seeing each other.

For your information; Cube artists Hyuna and E’Dawn are actually the part of the project group Triple H together with Hui. Similarly, E’Dawn and Hui are the active members of the Pentagon.

People started questioning over their relationship after one of the Korean sites reported E’Dawn relationship with Hyuna. Firstly, Cube Entertainment denied the news, but later Hyuna took her Instagram and posted a picture to confirm the report. The announcement came out on 3 August.

While talking with Yonhap News Agency, the couple revealed that they have been going out for over two years. The pair also announced that they came closer when E’Dawn joined Hyuna’s performance of Roll Deep back in 2015.

Read More: Who is Suho Dating currently? Disclose her Past Affairs, Relationships

Soon after that, the friendship blossomed into the relationship. After a few encounters, the couple started falling for each other and started dating. Now, the pair is enjoying a relationship of over two years, and their relationship news has created a hype amount for their fans.

Triple H has come out with the brand new song Retro Future, and they performed on the song on Music Bank on 4th of August. However, the news has shocked millions of fans and now Korean fans are furious and want an explanation from the agency.

Sadly, Cube Entertainment announced that Triple H had stopped their TV promotions for the song. Moreover, the Cube Entertainment even claimed that they canceled a fan signing event. Several opinions of the dating issues have split between the Korean and Foreign fans of band Pentagon.

Fans are throwing negative comments on how the couple has not been able to manage the private and public life and keep them separate.

E’Dawn was born on June 1, 1994, and is currently 24 years of age. He was born in Hwasun County, South Korea and belongs to South Korean nationality. In fact, E’Dawn’s birth name is Kim Hyo-jong but is famous by the stage name E’Dawn. Furthermore, his birth sign is Gemini.

E’Dawn and his bandmates were formed through the Mnet survival show “Pentagon Maker” back in 2016, and since then the members are working hard winning millions of hearts. The group’s album Pentagon reached at number seven on Gaon Album Chart.

Sadly, information regarding his early life, education, parents, and siblings are still not available in the media.