A Little Throwback Love; Rapper E-40 Celebrated 26 Years Of Marriage With His Beloved Wife; Has A Son Who Walks In Father’s Path! 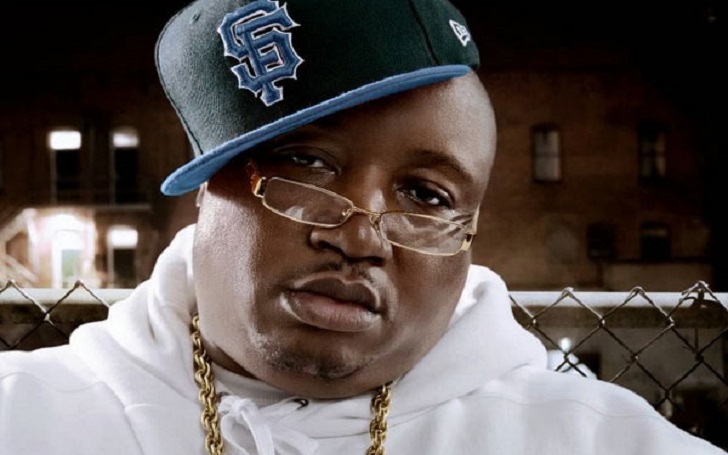 How much do you know about the rapper E-40? Well, Earl Stevens, better known as ‘E-40’  is an American rapper who made Oakland a hub of rap culture and gave rise to the West Coast sound. He is also one of the founding members of the rap group The Click.

Have you ever wondered about the personal life of E-40 who has made a plethora of hit records? Well, E-40 has a beautiful wife with whom he has spent most of his life. They are together for 32 years, and yet their relationship is as strong as ever. So, let’s explore E-40’s married life who shares a son with his wife:

Earl Stevens or E-40 has a beautiful wife and has been married to her for a long time. E-40’s wife is Tracey Stevens. She celebrates her birthday on the 12th of April. She is the sister-in-law of  D-Shot, Mugzi, and Suga-T.

HAPPY BIRTHDAY TO MY BEAUTIFUL WIFE Mrs. STEVENS You had my back before rap And helped me beat the trap salute to my best friend #myrib #mysoulmate #mydayone may God Continue to bless you pass 102 I salute you my beautiful Queen I LOVE YOU! 🙌🏾💍 thank you Jesus for bringing me a strong black intelligent beautiful woman🙏🏾

Tracey met her future husband, Earl Stevens for the first time at Junior High School. E-40 liked his future-wife, Tracey since 8th grade. But they started dating each other since 1985 when they were in high school. It has been 32 years, the couple supporting each other and living a happy married life. No information has been revealed about E-40’s wife beside her name and birthday. Information regarding Tracey’s family, birth date, and other personal details have not been disclosed. Stay updated to know further information about E-40’s wife, Tracey Stevens.

Earl Stevens or ‘E-40’ recently celebrated 26 years of marriage with his wife, Tracey on June 22. E-40 married his girlfriend-turned-wife on 22 June 1991. E-40 shared a picture of their wedding ceremony on Instagram where he captioned “Today my Wife & I celebrate 26years of marriage 32years together.”

E-40’s married life is an inspiration to those who cannot handle their married life for long years. Talks regarding E-40’s divorce often swirls around the people. But looking at their relationship, there is no any sign of divorce until the end of 2017. Who knows what the new year will bring in the life of such a happily married couple? We can just pray for E-40’s married life to last forever with his now-wife, Tracey.

E-40 once talked about their relationship and mentioned that the key to their happy married life is communication. He said:

It’s always good when two people like the same things. The conversation has to naturally happen. That’s when you get into “what you like” and “what are you in to.” Me and Her [Tracy] we love bowling, me and my wife. Any relationship, I’m talking about even with your kids, when you got something they can relate to—both of y’all—it helps. Otherwise, it’s going to be like, “whats up, whats up.”

Talking about E-40’s children, he shares two sons with his wife, Tracey. They gave birth to their first child; a son Earl Stevens Jr. in the year 1988. E-40’s son ‘Earl Stevens Jr. ‘ celebrates his birthday on 18th of February and is famous by his stage name ‘Droop-E.’ He is also a rapper just like his dad. 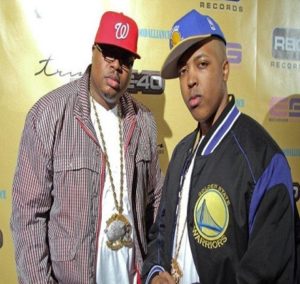 The couple welcomed their second child; again a son Emari stevens in the year 1995. He is famous as ‘Issue.’ He always put a mask on his face and wants to be a unicorn someday. Issue credits his hard-scrapping musical worldview to his legendary father E-40. E-40’s children are rocking the world like he did at his young age.

Talking about E-40’s parents, he was born to an aspiring musician Earl Stevens Sr. His parents divorced each other when his age was just eight. After the divorce of his parents, E-40 lived with his mother, and his father paid occasional visits. E-40 along with his three siblings caught on to their mother’s example of hard work and industriousness. He has mentioned their parent’s divorce, on Instagram.

#TBT Happiest time in my life when my parents where together I cried for weeks when they Separated I was 8 years old I love them both! #Throwbackthursdays #Easter #E40 #DShot #SugaT #Mugzy #Stevens #Theclick #Vallejo

Caption: At the age of 8, E-40 experienced the divorce of his parents.

E-40’s music albums include The Hall of Game, The Ball Street Journal, Revenue Retrievin’: Day Shift, The Block Brochure: Welcome to the Soil 1, Sharp On All Four Corners: Corner 1, The D-Boy Diary: Book 1, and much more. He became popular in 2006 after he released the song “Tell Me When to Go.”