Skip to content
Home » Entertainment » Dragon Man Mel Bernstein Married Life With His Wife Ended Up Tragically! Know The Details Of His Net Worth Along With His Wiki

Dragon Man Mel Bernstein Married Life With His Wife Ended Up Tragically! Know The Details Of His Net Worth Along With His Wiki

Dragon Man real name Mel Bernstein boasts he is the most armed man in America. Afraid? Not necessarily. A weapon hater converted Dragon Man built his own Dragon Land full of weapons and guns.

It will take exactly about two hours to visit his strange world which he himself created entirely. First, let us provide you with some information about him especially on how he reached the position of calling himself the most armed man in America from a Vietnam war veteran.

Then you will choose to decide whether he is as frightening as his military museum or his grand collection of guns and weapons are.

Furthermore, you will find this article informational also on Mel Bernstein married life with his family and children as we shed light on his new career on weaponry collection military museum management.

How Many Weapons Does the Dragon Man Store In His Military Museum?

In Mel Bernstein collection of weapons and guns which almost takes the form of a military museum, Dragon Man possesses frightening 3,000 weapons. What are the weapons like in the military museum? How did the war veteran earn his interest in weapon collection?

All the guns and swords in the Dragon Man’s military museum are working weapons. In fact, when you take 2-3 hours casual journey in his museum, you may surprisingly find him sleeping around the weapon closet.

Read more: Ricki Lake opens up about her ex-husband suicide case; Is she currently dating anyone?

This private and personal military museum also consists of 80 military vehicles joined with a store licensed to sell automatic weapons. The Dragon Land is located in the El Paso County of Colorado state in the USA.

Furthermore, the weird gun lover’s paradise’s weapon ornaments range from samurai swords to bazookas, more than 200 machine guns. Honestly, the ammunition and grenades; the heavy artillery and tanks will definitely surprise you.

The Dragon Man’s first interest was in biking. When Mel Bernstein was fighting the US War in Vietnam, his interest grew in weapons collection and military museum which ultimately became his career.

Mel Bernstein was the son of a New York chiropractor. He quit high school when he was in the ninth grade. Later, he started collecting guns, building motorbikes, and riding with gangs.

Bernstein joined the American war in Vietnam between 1965 and 1966 for a year. As a result, he opened his own motorcycle-repair shop in Long Island with his brother.

After Bernstein the Dragon Man married, he started collecting weapons for his would be a military museum, which surprisingly boosted the bike-repair shop.

Dragon Man Mel Bernstein exchanged his wedding vows with Terry Flannel. Following their marriage, they moved to Colorado in 1982 and started their gun store.

Dragon Man’s wife Terry Flannel hated that business in the beginning, but, she didn’t want their married life come to mess: She couldn’t resist her husband’s interest in weapon collection. Rather, she helped him manage the private military museum.

The sweet relationship didn’t last until their last breath. The Dragon Man was hit by a big tragedy when his all-time supporting wife met an unexpected, unnatural death hit by two smoke bombs when the shooting was going on for a Discovery Channel reality show. Bernstein’s reaction at that time was:

“I lost my best friend.”

Dragon and one another member of his family once file a case against the Discovery Channel parent organization Discovery Communications and Anthropic Productions Corp which was later dropped out.

Mel Bernstein has an estimated net worth of $5million. He makes money from his museum and shop.

Mel started earning money through his motorbike-repair shop. Before that, he was in the US army in the Vietnam War and added to his income.

Dragon Man Mel Bernstein interest in weapons grew from there and after he left the army, he started collecting weapons. Now his huge collection of weapons in his military museum, which is most popularly known as the Dragon Land as an annual revenue of around $ 600,000.

Every year thousands of visitors go to observe Dragon Man Mel Bernstein weapons collections. And there are no doubts he is making good money and has an attractive net worth, but the exact figure has kept anonymous by him.

Dragon Man was born as Mel Bernstein in 1946 in Brooklyn, New York. Later he bought a 260-acre plot of land in El Paso County, Colorado, and named it the Dragon Land.

Read more: Youtuber, as well as actress Stevie Ryan, has died at the age of 33 following a long battle with depression!

Dragon Man who married Terry Flannel died at the age of 33 during a Discovery Channel Reality shooting show. The details of Dragon Man Mel Bernstein family details his parents and kids are not available. 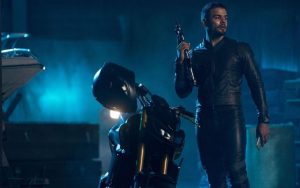 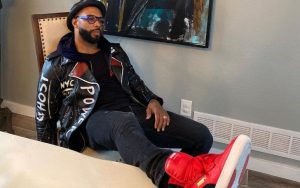 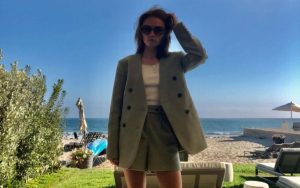