Dr. Disrespect”Unfaithful” To Wife; Will Take Time Off From Streaming To Focus On His Family! 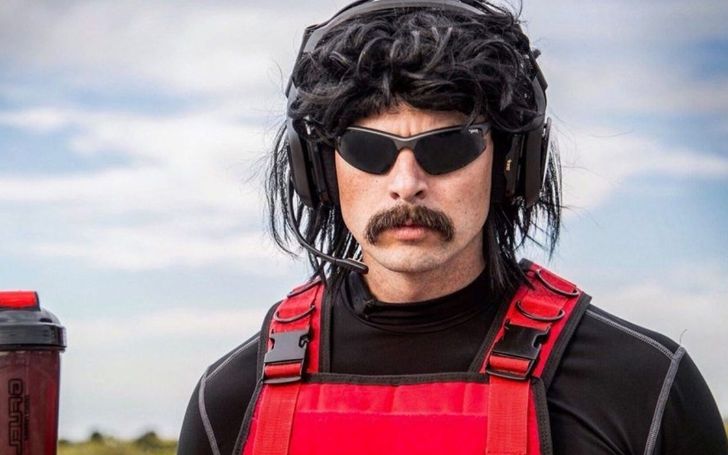 Gaming has been a source of entertainment for a long time. But there are some personalities whose livelihood depends on gaming. In fact, gaming has become a career that generates a substantial amount of money. Among such persons who have made gaming a career, Dr. Disrespect is also one.

He is an American gamer and is also a designer for multiplayer levels. He won the Trending Gamer award at the Video Game Awards in December in Los Angeles. Dr. Disrespect is famous for his YouTube videos, and his signature looks comprising of typical mullet, mustache, and sunglasses in Twitch. Dr. Disrespect’s wife also supports him in his gaming career.

Though Dr. Disrespect remains silent while talking about family but he couldn’t stop himself from mentioning his family. He lives with his family of three members: a wife, a daughter, and himself.

Moreover, Guy Beahm‘s married life has little information. He has not mentioned the name of his wife yet. However, he did mention his wife on Twitter several times. While talking about his family, he said:

There are my wife and my three-year-old daughter, and we’re watching TV, eating dinner, going to the swimming pool, or just having a good time

Dr. Disrespect’s wife is a person who makes public appearances but whose name is still mysterious. There is a girl in the profile picture of his personal Twitter account, @GuyBeahm. She could be his wife but has not been confirmed yet. As per one of his tweets, he mentioned his wife as Mrs. Assassin. But wait is that the real name of his wife? It is still unclear.

If we take a look at his partner’s IG account, it’s filled with the posts of him and his daughter. Her IG bio reads, “The deadly wife to the most ruthless competitor in the online gaming community.”

Dr. DisRespect on losing their baby

Furthermore, in 2018, the couple lost their second baby. He broke the news,

The couple had been living a tragic life after losing their second baby.

Cheated On His Wife; End of Dr. Disrespect Married Life?

Millions of fans were shocked when Dr. Disrespect announced in an emotional live stream that he has cheated on his wife. He said in tears:

I have a beautiful family, and a wife and kid. I want to be transparent that I’ve been unfaithful… And I’m probably going to be taking some time away—some time off—to focus on… stupid fucking mistakes, man

Let’s have a look at the video where he admits his infidelity and talks about taking some time off from streaming to focus on his family.

Dr. Disrespect admitting on cheating on his wife – Drdisrespect livestream

Guy’s wife or we say his family has not commented anything about his recent announcement. So, will his wife support him despite knowing about his infidelity? Or, will she divorce him and put an end to their married life?

Another Popular Post: Know Felix Kjellberg’s Net Worth and Income in 2017. Also Know His Career as YouTuber!

Looks like it’s not happening as Doc speaking candidly said he and his wife were currently working on their relationship. Despite his cheating, Dr. is still living a happy life with his wife and are taking care of their child.

In 2018, the You Tuber revealed the detail about the shot took place in his house. As per him, the shooter used a BB gun and knocked out the window of a Porsche Sedan, and shattered the upstairs window of the star’s house. The sources mentioned that someone shot twice a week in his house.

As per the report, the shooter shot from the nearby park. Police have not found the real culprit. The star told the viewers about the incident from the video.