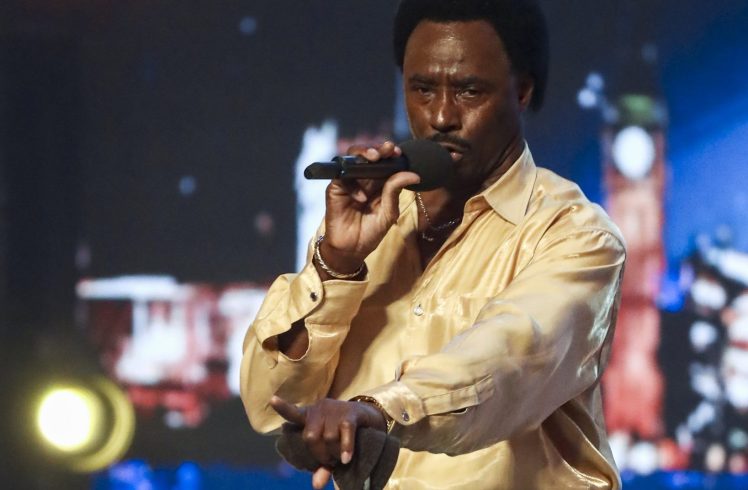 Before auditioning for Britain’s Got Talent, Donchez Dacres opened up about being a family man. Similarly, his age is 60, which means he has a wife, children or maybe grandkids.

However, Donchez Dacres has not disclosed his married life, wife, children and every other thing about his personal life beyond the Golden Buzzer triumph. It’s been about a week since people are admiring Donchez’s original song Wiggle Wine to their utmost heart. So, how would Donchez Dacres’ song respond in the coming days? Well, we are certainly aware that his song could storm the music industry soon. Opportunities and record labels are on its way for knocking Donchez Dacre’s doors.

As per the Facebook revelation of Donchez Dacres, he has a daughter named A A Dacres. Moreover, other two names Alicia Dacres and Beverly Copeland are solicited into the category of family members. Donchez Dacres family supports him to the max as he said:

I love my music, I live for my music and my family.” “They support me to the max. Four yesses, that’d be wicked. I’m so glad to be here.

We hope that Donchez Dacres would share personal details on married life, daughter, wife, and family in Britain’s Got Talent Screen.

When Donchez Dacres shouted his age 60- years old, audiences and judges swarmed with excitement. What would he really do there? This thought overwhelmed most of Britain’s Got Talent viewers amused and hooked to the stage.

Donchez Dacres invented the special moves for Wiggle Wine song as he dived into the mike. Everyone had their feet tapped to his rhythm. The judge David Walliams made the moves in excitement blocking the view of Simon. The Hosts Ant and Dec joined the Wiggle Wine steps and then followed by the judges Amanda Holden and Alesha Dixon and David Walliams.

Soon after, David Walliams took the way towards the seat and pressed the golden buzzer, foaming the stage with glitters. Then, he ran towards Donchez Dacre’s spelling. We love You! We Love You!

Wiggle and Wine originally covered by the one and only Donchez Dacres is the catchy song. The song carves the old time’s vibes, tuning into the party. According to Donchez Dacres, Wiggle wine refers to wiggling the body and moving the hips round and round.

It has installed the dancing and entertaining vibes among the audiences and judges of Britain’s Got Talent. Consecutively, Britain Morning Show host learned the moves of Wiggle Wine from Donchez Dacres.

“It’s great to see that because I feel so good when I am singing, and I see other people experiencing the same kind of feeling, so it triples up my feelings – it’s very rewarding for me.”

Donchez Dacres’ age is 60, and he was born in Nottingham. When he was three years old, his family moved towards Jamaica. He spent his childhood in Jamaica but came back to the hometown, Nottingham when his age was 18. Now, he resides in Wolverhampton. He described his day job to be AA man in front of the judges. His Facebook bio unveils:

I am a singer/ songwriter of many styles;  always singing and making up my songs. “I have been in the music business since 1980, as a Solo Artist. And I have had a few record deals. Music has always been my inspiration.

The avatars of Donchez Dacres are yet to flaunt in another episode of Britain’s Got Talent. Further information about Donchez Dacres wiki-bio will soon be available.