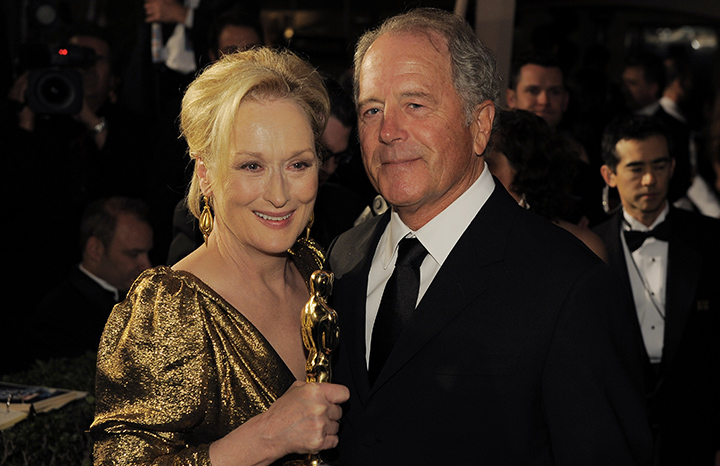 Don Gummer is an American sculptor who is popular for his work of large outdoor works. Moreover, he is even more famous for marrying Hollywood’s veteran sweetheart, Meryl Streep.

Don Gummer wore down Meryl way back in the 70s. Gummer and Streep’s bond has been growing stronger and stronger with the time contrast to Hollywood’s other ugly and messy relationships. So, how come Gummer couple never came to that phase? Know all about the secrets behind their longstanding marriage. Also, you might not wanna miss as to how much of a greens Meryl’s spouse is currently holding in his net worth.

It was the month of March 1978, when Don Gummer was destined to meet his future wife Meryl Streep. But the incident was by no means a memorable one (not at least in a positive way). Meryl Streep was just in the mourning phase after her then-boyfriend, John Cazale (of The Godfather and the Deer Hunter) had died of bone cancer.

Devastated by her lover’s passing, Streep turned to a friend of her brother’s. And that friend turned out to be no one but Don Gummer, himself. For the time being, Gummer was also off of his relationship with former wife, Peggy Lucas.

“She took care of him like there was nobody else on earth,” director Joe Papp accounted of Streep’s relationship with Cazale in Michael Schulman’s Her Again: Becoming Meryl Streep.

Six months after Cazale’s death, Gummer and Streep married in the garden of her parent’s home in September 1978.

“I haven’t got over John’s death, but I’ve got to go on living and Don has shown me how to do that.”

In the beginning, even Streep’s mother questioned the couple’s quick marriage. Fast forward to 2019 and the Hollywood still can’t stop boasting the Gummer-Streep’s 40+ years of togetherness.

The children are also quite popular on their own with Wolfe as a singer, Mamie for her role in Emily Owens, MD, Grace for her appearance in Mr. Robot.  Similarly, Louisa is also a model for Dior and magazines like Glamour and Vanity Fair. As for the parents, they are currently living as far away from Hollywood as possible in Salisbury, Connecticut.

This year, come March, the duo is looking forward to celebrating their 41st anniversary.

By profession, Meryl’s husband, Don Gummer is a renowned sculptor whose current estimated fortune is approximately $10 million. Gummer made this figure mainly from his tabletop and wall-mounted sculpture, as well as his large free-standing works, often in bronze.

Don Gummer also involved in some publishing works with one of his books, The Lyrical Constructivist (2001). The book is still available on Amazon at a price of $12.13 in the hardcover version.

Gummer jointly holds a $1.8-million private estate in Connecticut along with wife, Streep. Likewise, a $3-million mansion in Brentwood, Los Angeles is also worth mentioning.

We also cannot forget the fact that he married a woman, who is worth around $90 million. Gummer and Streep are also dynamic donors who frequently make their contributions to instructive organizations, including Vassar College, Opus School in Harlem, and the Silver Mountain Arts Foundation.