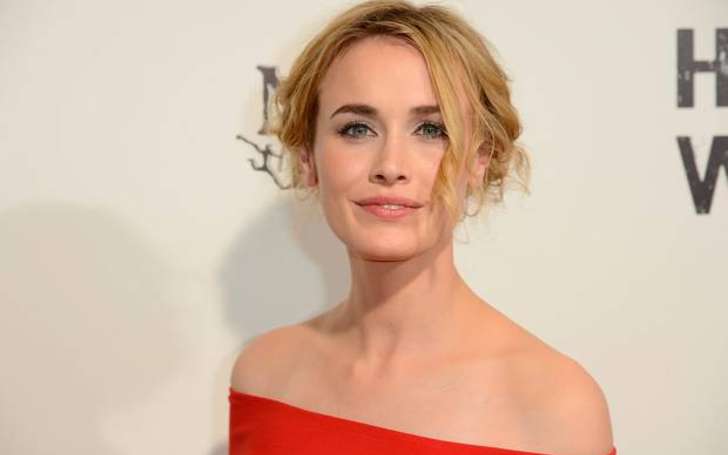 Irish actress, Dominique McElligott stays as one of those actresses who is equally respected in the Irish and American entertainment industry. Dominique is not only blessed with acting skills but is also with a pretty face.

McElligott became famous after starring in the television series, Raw. The actress is also popular for her roles in the soap like Hell on Wheels, House of Cards, and The Last Tycoon.

Dominique McElligott holds a net worth of $300,000. She garnered that wealth from her career as a television and film actress.

McElligott, on the other hand, is also a famous film actress. She debuted with the 2008 film, Dark Floors. Later, she also worked in the hit films like Moon, Leap Year, The Guard, and Blackthorn. Until now, the actress co-starred alongside actors like Yvonne Strahovski, Desmond Harrington, and Kevin Spacey.

Lilly Bell on Hell on Wheels

McElligott portrayed the role of Lilly Bell in the series as a lead actress from 2011-2012. Further, she nearly worked in twenty episodes of the series in its first and second season.

Dominique McElligott is out of any dating relationships as of 2019. The actress seems well-focused on her career.

McElligott is currently working on various acting projects, which can also be the reason why she is single. Besides, she is never seen dating any men outside of the reel life.