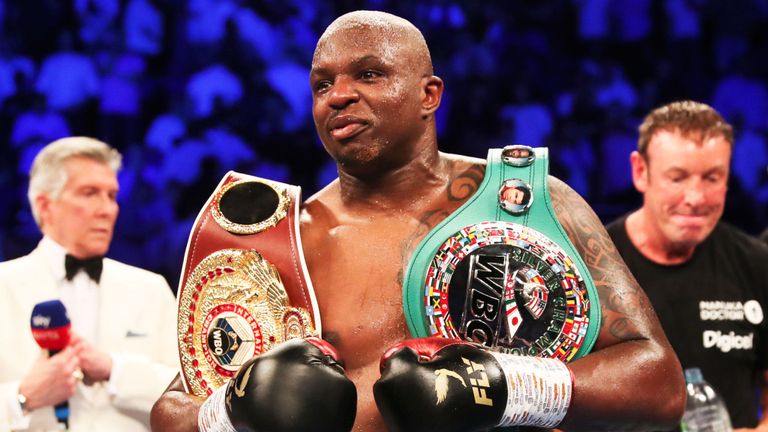 Boxing is the sport of power, stamina, strategy, and technique. The man who possesses these attributes is Dillian Whyte. Dillian is a professional boxer who has 26 fights under his belt and holds a professional record of 25 victories and one loss. The very talented and powerful boxer is known as the “The Villain” and “The Body Snatcher” in the world of boxing.

Dillian is a professional British mix martial artist and a heavyweight boxer. He is among the few great boxing heavyweights to play in the game. He is ranked in the top four among all the active heavyweight boxers in the world. The Villain became the WBC Silver heavyweight champion in 2017 and is still holding the title. He also dominated in the British heavyweight division as the champion from 2016-2017. Get to know everything about Dillian Whyte’ Age, Wiki, Wife, Height, Next fight, Salary, and Net worth.

Currently, Dillian is in the top of his form with a win over the Dereck Chisora. After many rounds full of hardcore boxing Dillian knocked out Chisora in the 11th round at the O2 Arena in 22, December.

And after winning the contest there was a clash between Dillian and the current top boxer Anthony Joshua. Anthony Joshua is the unified world heavyweight champion with an astonishing fight career under his belt. He holds the professional record of 22 fights and 22 wins in his career. Among which 21 fights he won by knockouts and one by judges decision.

The two prolific boxers have a history. The very talented Dillian has faced only one loss in his career, and that was by the hands of Anthony Joshua back in 2015. And after a huge win over Chisora, he is ready to settle his score with Joshua.

As per the current news and speculations, it seems like Dillian will get what he wants a rematch to be more exact with Joshua if the fight happens than it will be one of the biggest sporting events in the month of upcoming April. However, the match is not fixed, but it is very likely to happen within a few weeks.

He was a troublesome kid in the child who found his way in the combat sport and worked very hard to become one of the best in the business.

Dillian started his career in a combat sport with kickboxing. He first participated in Kickboxing and flourished in the octagon. He won the title of BIKMA Super Heavyweight British Championship title two times. The Villain also added another title to his name by becoming the European K1 champion.

After developing a solid background in the kickboxing sector, Dillian turned his attention to boxing. He started his professional boxing career back on 2011 on May 11. After his entry into the boxing world, he started to knock his opponents out like birds. But this all came to a halt when he faced a drug ban for using banned drugs in the sport. Therefore, he was out of the ring for more than two years. His ban started on the 13 October of 2012 and ended in the 12th October of 2014.

Dillian Whyte Salary And Net Worth

After, his ban was off he trained and was again back in his top form. Dillian fought many great fighters like Tomas Mrazek, Marcelo Luiz Nascimento, and Brian Minto after his ban. He won every match with this boxing greats and with other boxers.

When everything was going south for Dillian, and he was matched with Anthony Joshua for his next big fifth in 2015. Unluckily, he was knocked out by Joshua which broke his unbeaten run. After his loss, he again came back stronger than ever. He won him every match against the likes of Chisora, Helenius, Browne, Parker. And his most recent victory came over Chisora in a rematch.

Anthony Joshua fights like a superstar and also earns like a superstar. He lives in a very rich lifestyle with the love of his beloved ones. A boxer earns through a fight, sponsors and from other sources — the bigger and greater the fighter the more money they make. Dillian also comes under the category and earns a lot. Currently, his net worth is believed to be around $3 million. But with the upcoming fights and his recent win, we can say for sure that his net worth is going to rise in future.

Born in 1988, Dillian Whyte is a Jamaican by birth and British by nationality who was born on the Port Antonio, Portland(Jamaica).  He celebrates his birthday on the 11th of April every year.

The 30-year-old Dillian is a family person who loves his mother and children very much. He and his mother Jane Whyte migrated to the UK in the 1990 and settled there. He is also a father of three children among which two of them are boys, and one is a beautiful baby girl. However, the information of his wife is still a mystery to us.

Like a heavyweight boxer, Dillian is a big man with a big physique who stands tall with a height of 6ft and 4inches.